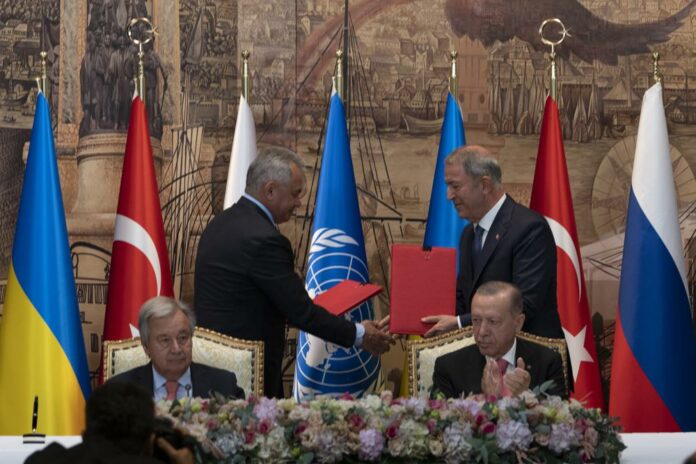 On Friday, Russia and Ukraine signed separate agreements with Turkey and the United Nations that seek to avoid food security problems around the world.

The two warring nations have agreed to allow the export of millions of tons of desperately needed Ukrainian grain and Russian grain and fertilizer.

According to reports, the agreement will allow Ukraine—one of the world’s key breadbaskets—to export 22 million tons of grain and other agricultural products stuck in Black Sea ports due to Russia’s invasion.

U.N. Secretary-General Antonio Guterres cited the deal as “a beacon of hope” for millions of hungry people who have faced huge increases in food costs.

Both the European Union and the U.K. expressed joy over the agreements.

“This is a critical step forward in efforts to overcome the global food insecurity caused by Russia’s aggression against Ukraine,” said EU foreign policy chief Josep Borrell. “Its success will depend on the swift and good-faith implementation of today’s agreement,” Borrell added.