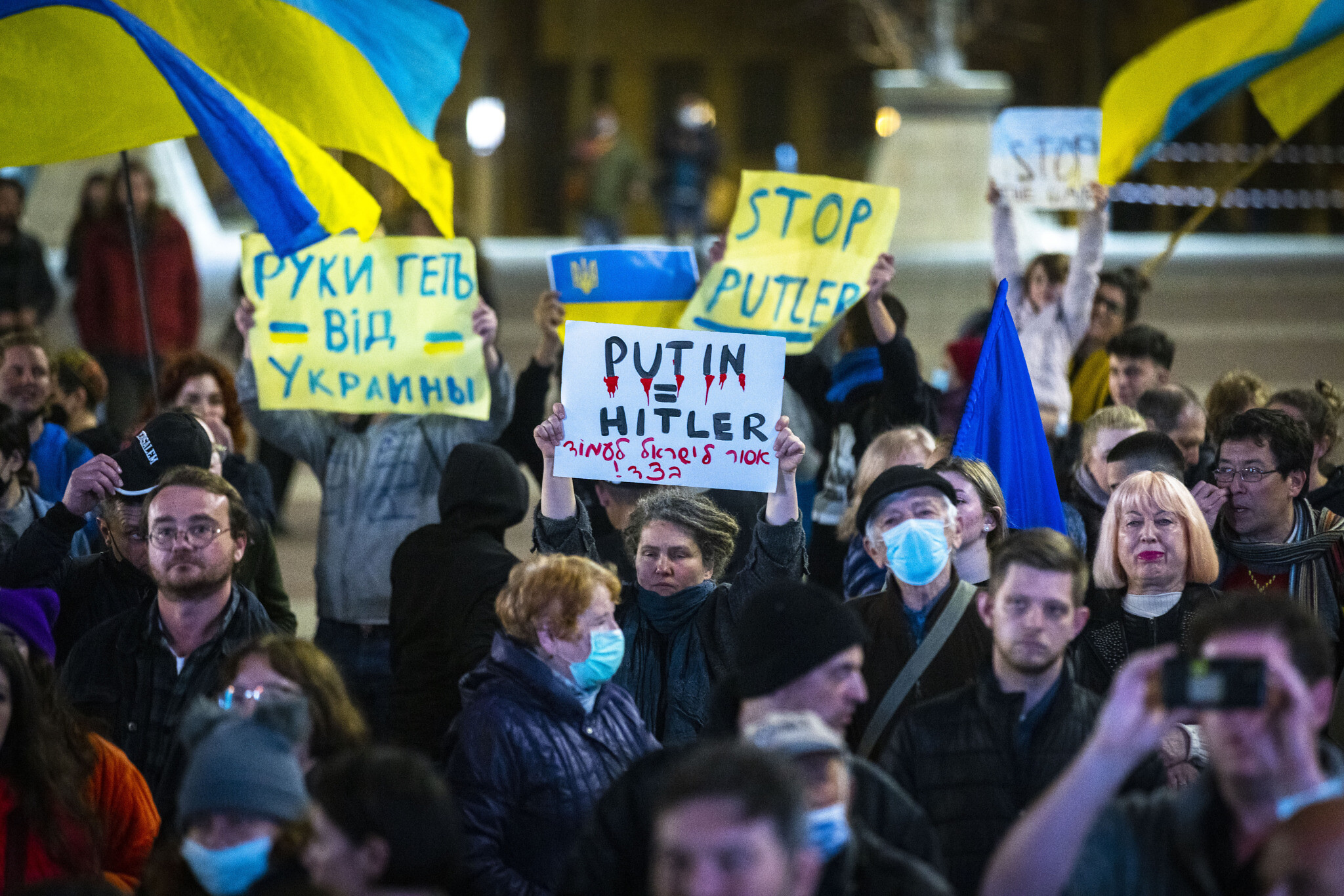 On Wednesday, Ukrainian President Volodymyr Zelensky urged Jews around the world to protest Russia’s invasion of Ukraine, in which significant Jewish sites have been hit.

In a video address, Zelenskyy, who is Jewish, said: “I appeal now to all the Jews of the world — don’t you see what is happening? Nazism is born in silence. So shout about killings of civilians. It is very important that millions of Jews around the world do not remain silent now.”

The appeal followed the damage of the Babi Yar Holocaust Memorial on the outskirts of Kyiv, by a Russian missile on Tuesday. Zelensky claimed that under Soviet rule, Russian authorities built a TV tower and sports complex at the site of Babi Yair -” a place of prayer and remembrance… to erase the true history of Babi Yar…it’s beyond humanity.”

He added, “This strike proves that for many people in Russia our Kyiv is absolutely foreign. They don’t know a thing about Kyiv, about our history. But they all have orders to erase our history, erase our country, erase us all. We all died again by Babi Yar. Although the world has promised again and again that it will never happen again. Don’t you see what is happening? That’s why it is very important now that you, millions of Jews around the world, do not stay silent. Because Nazism is born in silence. Scream about murdering of civilians, scream about murdering of Ukrainians.”