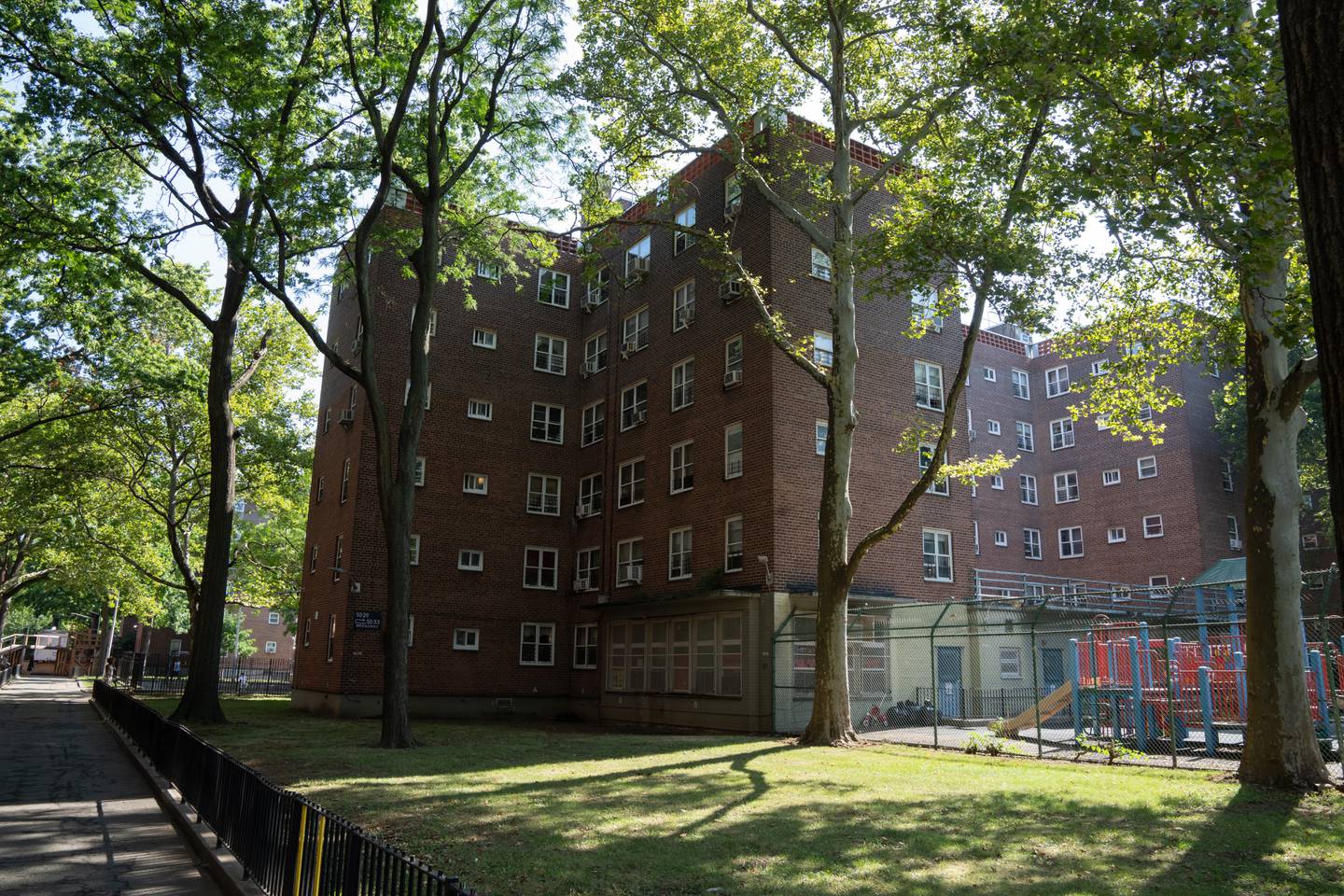 The funding will come from the New York State Energy Research and Development Authority and the New York Power Authority, according to Hochul and Adam.

Hochul considers the $70 million worth of “green investments in public housing” as a way to decarbonize NYCHA buildings by swapping out fossil fuel-burning boilers with individual electric heat pumps for apartments.

“We’re investing in communities that have been systematically ignored,” Hochul said.

“We’re taking steps to improve the indoor air quality in public housing … and, in the process, we’re going to spur innovation for new technologies here in New York that the rest of the nation will be looking at,” Hochul added.

According to reports, the heating and cooling pumps, produced after the state sought out competitive bids late last year, work by absorbing heat from the outside air and pumping it inside. The units sit on window sills and can also run in reverse, cooling down apartments in the summer.

“We’ll be able to have residents control the temperature in their units—that’s a radical idea for NYCHA residents,” she said.

“We’re giving the power back to the people and saying, ‘Yes, you can have control,” she added.

Moreover, Hochul said the units would also go a long way toward helping NYCHA and the state meet strict climate and clean energy goals. NYCHA is required to reduce emissions by 40% by 2030 and by 80% by 2050.

Adams, for his part, considered the plan “amazing” and lauded Hochul for being an excellent partner—a relationship he’s highlighted before and which stands in contrast to former Gov. Andrew Cuomo and former Mayor Bill de Blasio, who feuded perpetually, including when it came to funding for the New York City Housing Authority.

“Historically, NYCHA has always been last—last in technology, last in evolution, last in changes, last in repairs, last in the resources coming from Albany,” Adams said.

“You are now first,” Adams added.