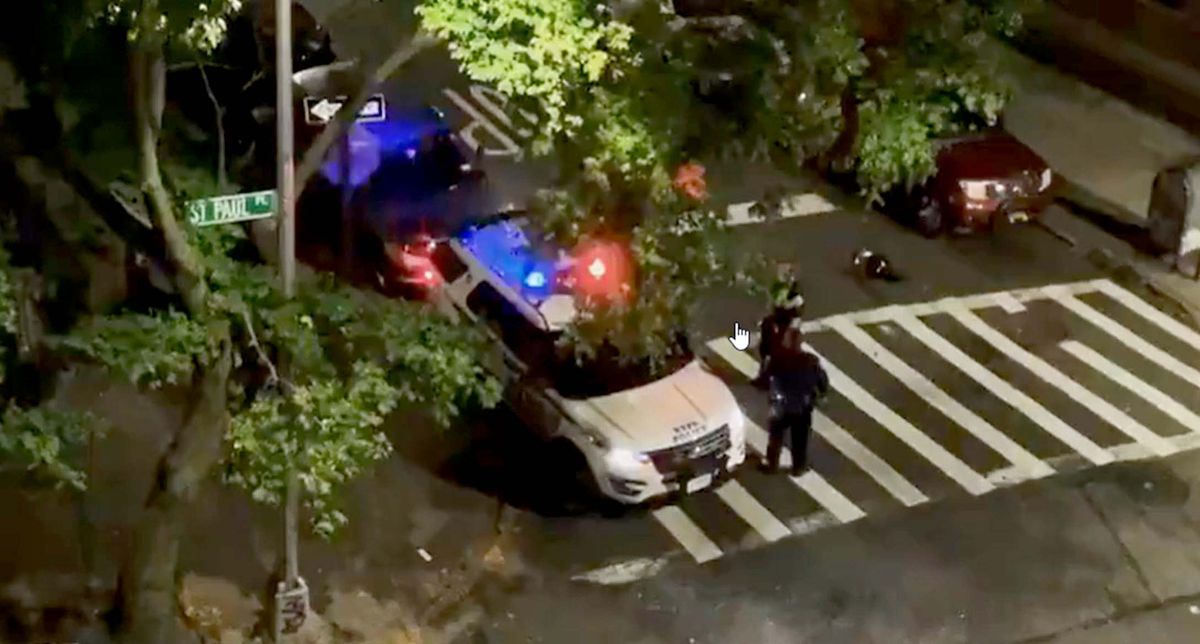 An NYPD Union called the Sergeants Benevolent Association, has stood up for a recently suspended cop who was punished for blaring the ‘Trump 2020’ slogan in his police car on Saturday, during the New York rally in favor of the President.

The association has slammed top-level decision-makers in the NYPD of a “double standard” after an officer was suspended on Monday for blaring “Trump 2020” over a patrol-car loudspeaker, while his boss was praised for taking part in a Black Lives Matter protest.

The video was posted on Twitter Saturday, appearing to show the comments coming from a police cruiser in Flatbush, Brooklyn. If confirmed the comments were made by an officer, that would be a violation of the department's policies for on-duty officers.https://t.co/smMKKvLNoE

Claiming that either the freedom to express be upheld, or equal punishments to be served to all who show partisan behavior, the Association claimed that there needs to be further investigation upon the Saturday matter. Relaying a message via Twitter, the SBA taunted, “The NYPD has a history of officers making political & outside the norm statements & ignoring it.”

Terence Monahan, the Chief of NYPD, was at the center of the SBA’s jab at the NYPD, as they went on to comment, “Suspending this officer is unnecessary & way over the top. The Chief of Department took a knee with protestors and no disciplinary action was issued.”

Questioning Monhanan further, the Association said, “Terence you said nothing when Captains & Chiefs took a knee with violent protesters who injured members of the NYPD. You say nothing to those who sing & dance in uniform. Now your little itsy-bitsy b**ls are in DeBlasio’s palm & you tweet nonsense. Relax & take a knee!”

The tweet that was referred to in the above comment was a claim made by Monahan, saying officers have to “remain apolitical” — along with a New York Post photo of him taking a knee with George Floyd protesters on June 1. Slamming him further for this tweet, the SBA tweeted, “What’s the status of this investigation? Oh, wait double standard white shirt immunity!”

Police Officers across the nation are advocating for TRUMP and rightfully so. The Democratic Party has abandoned police officers, encouraged violence and lawlessness. People are being murdered in Democratic run cities. @realDonaldTrump @DonaldJTrumpJr @EricTrump 🇺🇸🇺🇸🇺🇸🇺🇸🇺🇸🇺🇸🇺🇸 https://t.co/l29B4e18mA

The officer who was suspended without pay on Sunday for his demonstration in favor of the President has been identified as Arthur Becerra of the 70th Precinct. The SBA said officers are “rightfully” supporting the president, putting the blame on the Democrats due to their failure to uphold the law. The Association substantiated this fact, whilst tagging President Trump as well as his sons Eric and Don Jr. in the tweet that read, “The Democratic Party has abandoned police officers, encouraged violence and lawlessness. People are being murdered in Democratic-run cities.”