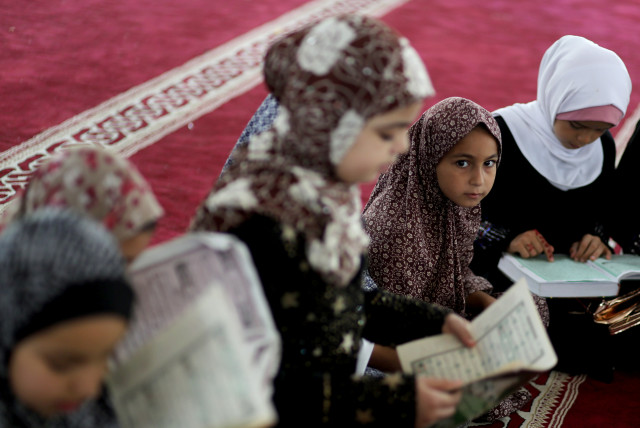 Imbibing hateful sentiments from a very young age, an unpublished European Union report has gone on to confirm that schools in Palestine are continually introducing Antisemitic and spiteful curriculums to students.

Teaching antisemitism, incitement of violence, and the delegitimization of Israel at a very nascent age, the unpublished report by the EU went on to show that the findings were commissioned in 2019 by then-E.U. foreign affairs representative Federica Mogherini and examined teaching instructions published by the Palestinian Ministry of Education between 2017 and 2020.

Questioning the EU as to why the report was left unpublished, German newspaper BILD went ahead and published findings from the report this week. The report cited  “frequent use of negative attributions in relation to the Jewish people in, for example, textbook exercises [that] suggest a conscious perpetuation of anti-Jewish prejudice.” It even discovered a textbook chapter that “sends the message that the Jews as a collective are dangerous and deceptive, and demonizes them. It generates feelings of hatred towards Jews.”

Justifying violent actions by Palestinians against Israel, the textbooks label them as part of “a heroic struggle” against the Jewish state; in general, portrayals of violence perpetrated by the Israeli protagonists present them as “a homogenous entity mostly referred to as the ‘(Zionist) occupation’ or by similar epithets.”