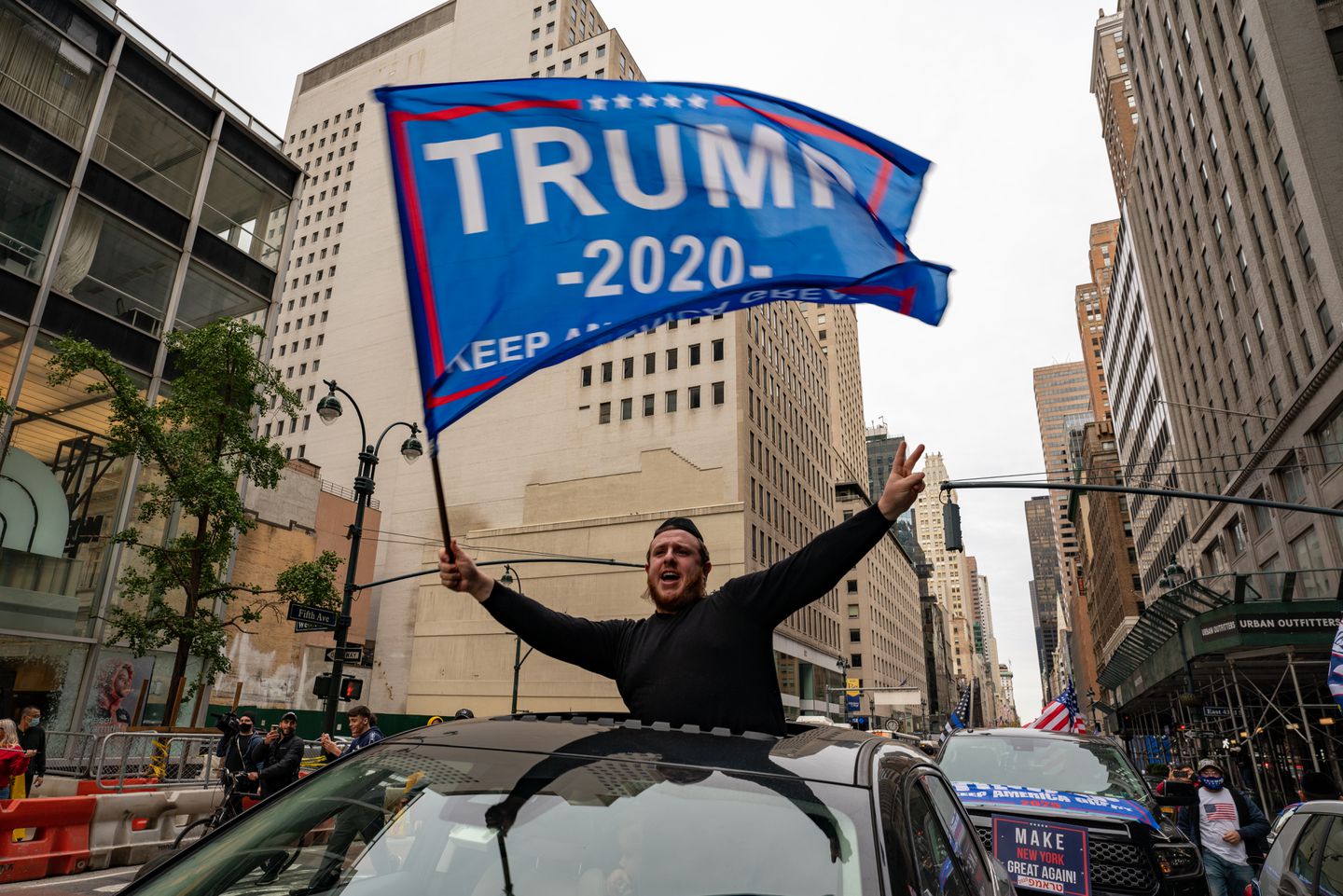 A swathe of violent demonstrators took to purposely disrupting the four “Jews For Trump” rallies, across New York on Sunday. The car rallies saw a major show of support by the Orthodox Jewish communities across Long Island’s Five Towns, Brooklyn Marine Park, Rockland County’s Monsey, and other Brooklyn neighborhoods. But alas, all was not in peace, as anti-Trump protestors made several unprovoked attacks on participants of the rally, including Trump aide and former Mayor Rudy Giuliani.

Hurling not just insults and slogans, but also eggs, and pepper sprays in certain instances, anti-Trump protesters showered their hate upon the Trump convoy in NYC, in an attempt to deter the event from taking place.

According to NYPD sources, at least seven people were arrested during the unrest and two cops were injured in melees. There were four arrests in Times Square, including a protester who tried to stop a police officer from busting someone for taking a flag and others for throwing eggs, including at a cop’s face, as reported by the NY Post.

The cops also confirmed that a family of seven, who was driving with their windows rolled down, with Trump flags being displayed, was pepper-sprayed by the violent rioters. Speaking to Fox News, the family, which included four children, were devastated by the hate that they received, especially since it was unprovoked and sudden.

Narrating the account further, the man, who wished to remain anonymous fearing his family could be targeted yet again, said a car pulled up next to them and unleashed pepper spray into their vehicle. “Immediately the kids started crying and screaming and I jumped out of the car after I was peppered [sic] sprayed as well,” the man said.

The man said the culprit chased him down 5th Ave trying to pepper spray him again. His mother flagged down an officer and the suspect was arrested.

In another instance, a video shows former Mayor Rudy Giuliani’s SUV being bombarded with eggs, and scathing profanities, whilst the Trump aide is seen calling out o a cop for assistance.

In a set of footage released by NYScanner on their Twitter handle, it can be seen that rioters hurled stones at the convoy cars, while one protester was seen ripping a “back the blue” flag from the side of one SUV in the caravan. Another unruly biker tried punching windows in a fit of rage while another woman was arrested for spraying pepper on a bunch of “Jews for Trump” supporters.

.@NYPDDetectives are investigating this incident and looking for information in regard. Call @NYPDTips at #800577TIPS. https://t.co/pyqQ2Bfkhb

The pro and anti-Trump demonstrators clashed numerous times, where the situation had to be doused by the police. As seen in an NYScanner video, in the confusion, a masked protester appears to strike a Trump supporter on the head, trying to run away. To avoid him from escaping, another person trips him, causing him to fall and slam his head into the ground. Police later declared the gathering an unlawful assembly and made multiple arrests.