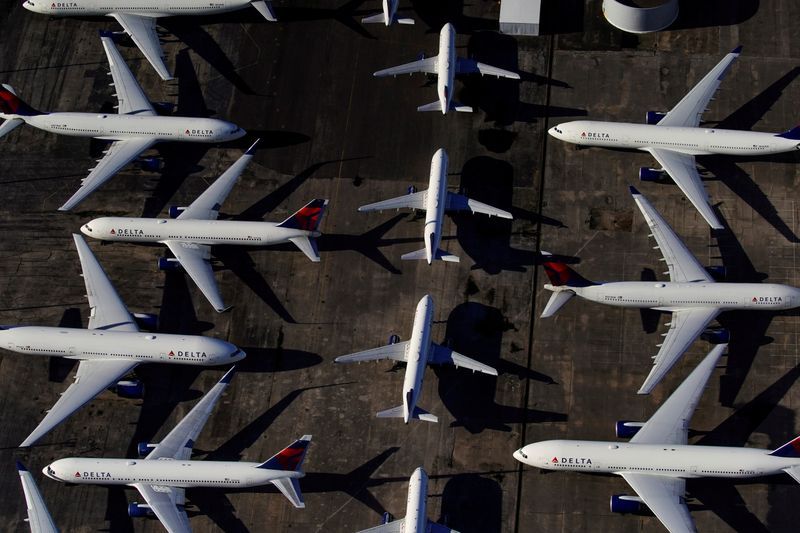 US Airlines Furlough 32,000 Employees As Relief Package Falls Through

In another economic blow caused by the coronavirus pandemic, over 32,000 employees and pilots have been furloughed from American Airlines and United Airlines, two of the largest U.S. carriers. This decision followed the failure of the sanctioning of a ginormous relief package from Washington.

With the closure and ban on international travel due to the coronavirus pandemic, the airline industry has seen nothing but a surmounting loss this year. Unable to cope, tens of thousands of other employees at airlines like Delta and Southwest have already accepted buyouts or leaves of absence aimed at reducing headcount. Seeking backing from the government, the U.S. airlines have been pleading for another $25 billion in payroll support to protect jobs for a further six months.

As reported by Reuters, in a memo to employees, American Airlines Chief Executive Doug Parker said Mnuchin told him that he and Pelosi were continuing to negotiate on a bipartisan COVID-19 relief package that would include an extension of aid for airlines and could reach an agreement in coming days. But hopes dwindled as a last-minute bailout was mentioned on Thursday.

As of now, American Airlines will furlough 19,000 employees, including around 1,600 pilots, whereas 13,000 United employees will be on furlough, but not any pilots following an agreement reached this week.

Nick Calio, head of the airline trade group ‘Airlines for America’, said earlier that the industry was still pursuing all potential avenues for new assistance as time runs short. He told Reuters, “People keep talking, but we need results. We are hopeful but not confident about them reaching a deal on a larger bill.”

This being the scenario in America, the impact of the coronavirus on travel has caused catastrophic retrenchment, with an estimated 46 million jobs speculated to be lost globally, according to the Air Transport Action Group.