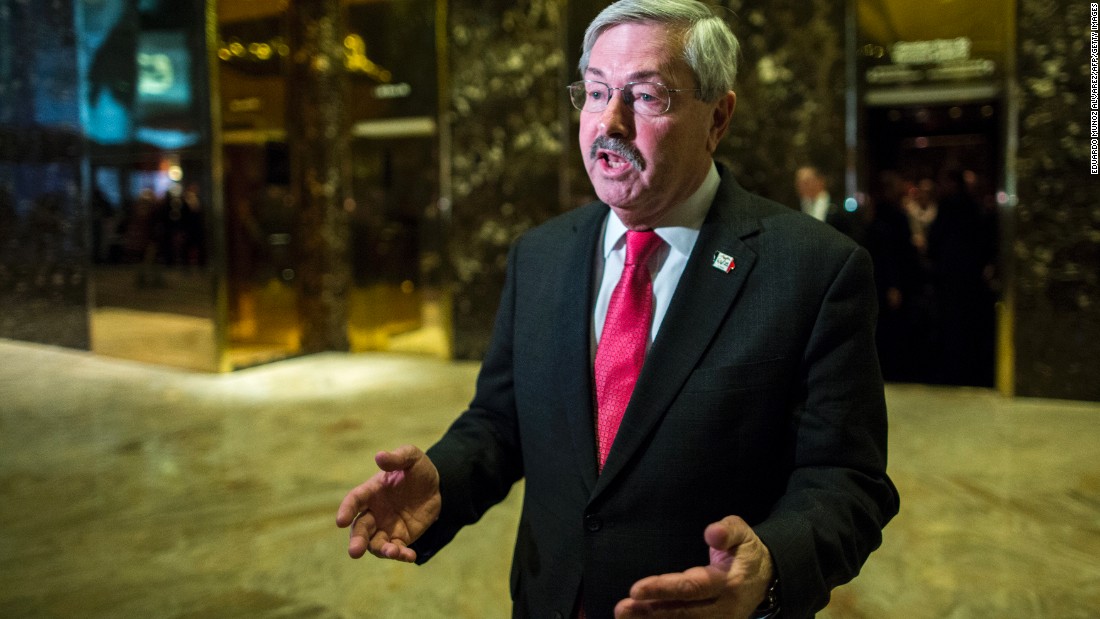 US Ambassador to China Steps Down Amidst Rising Tensions

The US ambassador to China, Terry Branstad, is stepping down from his position in Beijing, according to a tweet by Secretary of State Mike Pompeo earlier today. After holding the position in the Chinese capital for three years, the official was thanked for his service.

In an important diplomatic Twitter post early Monday, US Secretary of State Mike Pompeo thanked Branstad for his service to the American people as the US Ambassador, saying, “President Trump chose Ambassador Branstad because his decades-long experience dealing with China made him the best person to represent the Administration and to defend American interests and ideals in this important relationship.”

I thank Ambassador Terry Branstad for his more than three years of service to the American people as U.S. Ambassador to the People’s Republic of China.

Although Pompeo didn’t reveal a reason for Branstad’s departure, the move comes amidst rising tensions between the two countries, especially in the past few months. The top official also didn’t make any announcement about a potential successor to the important diplomatic post.

The former two-term Iowa governor, Branstad, 73, had been in the post since May 2017, representing Washington in Beijing during a period of strained ties with China, marked by tensions over trade, regional territorial claims, the coronavirus pandemic, and unrest in Hong Kong. During the first few months of his presidency, Trump had justified picking the official owing to his “long-time relationship with (Chinese) President Xi Jinping,” whom Branstad had known since 1985 through the US-China government exchanges. The Chinese had also welcomed Branstad’s appointment, with Chinese Foreign Ministry spokesman Lu Kang lauding him as an “old friend of the Chinese people.”

The announcement is speculated to have come as the result of what can be called the most unstable periods of US-China relations in recent history. Since his appointment, the Trump administration has placed tariffs on hundreds of billions of dollars of Chinese goods as part of a long-running trade war. It has also banned Chinese technology firms such as Huawei from the country’s communications infrastructure, apart from the current ByteDance/TikTok controversy, and tightened visa restrictions on Chinese state media journalists working in the US. Furthermore, with the onset of the coronavirus pandemic, ties between Trump and his Chinese counterpart have been severed even further.