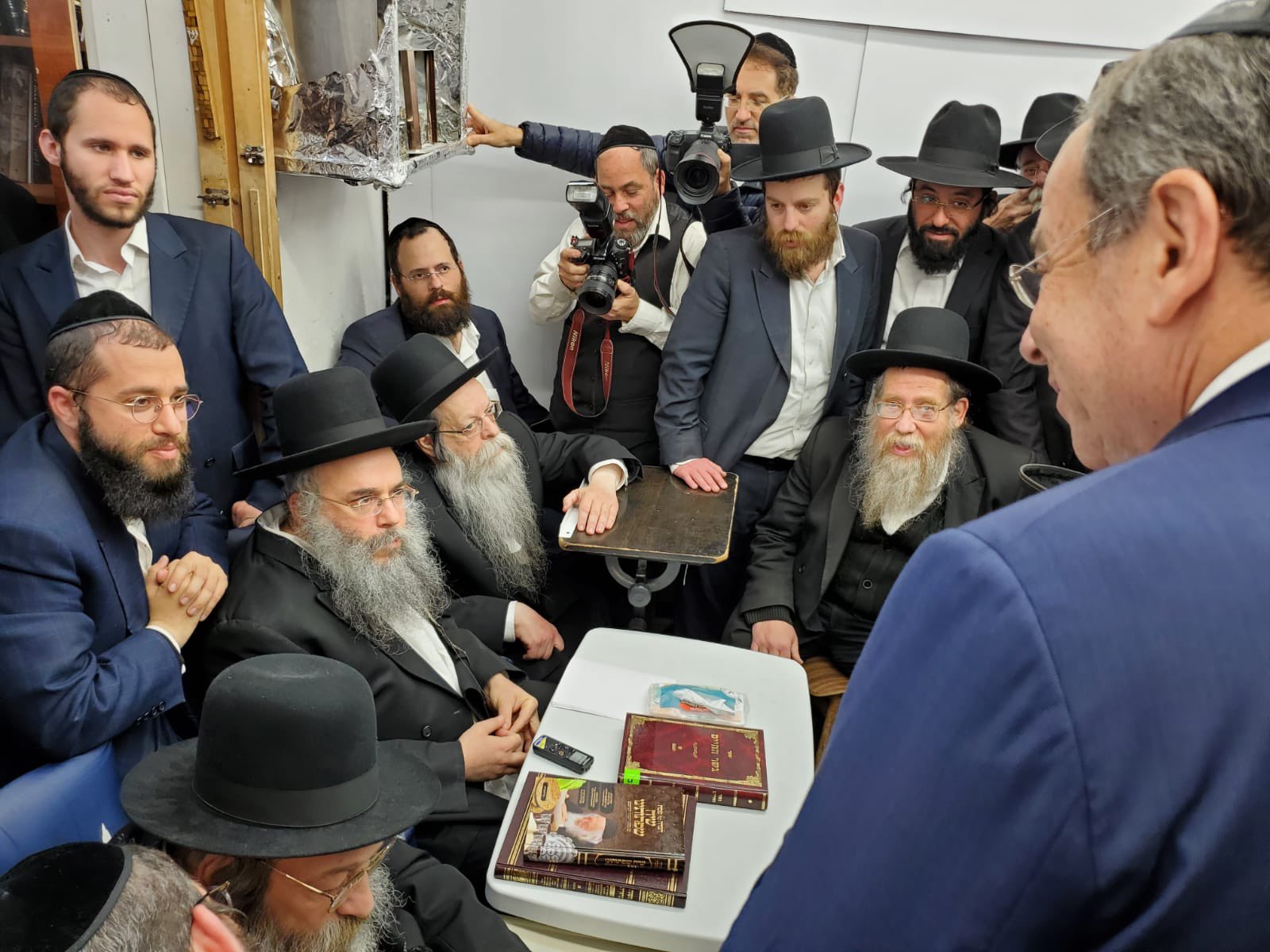 US Ambassador To Israel Makes Shiva To Rabbi Kanievsky’s Family

On Tuesday, Tom Nides, US Ambassador to Israel, made a shiva visit to prominent Rabbi Kanievsky’s family.

In a tweet, Nides informed, “Made a shiva call today on Gadol Hador Rabbi Kanievsky’s family. Truly a loss of such a respected leader and Torah scholar.

יהא זכרו ברוך” Attached along with the tweet was a picture in which he was seen meeting the family.

Over the past few days since the Rabbi’s death, many Israeli politicians made statements of condolence and even visited the family in mourning.

Prime Minister Naftali Bennett on Friday said, “Together with all the people of Israel, I received with deep sorrow the news of the death of the greatest of the generation, the late Rabbi Chaim Kanievsky.

“Despite his greatness in the Torah and in public, the rabbi made sure to always receive every person with an open heart and bright eyes. He was a true public leader, who from his humble home in Bnei Brak led tens of thousands of the people of Israel – in wisdom, in common sense, in rare proficiency.”

Former Prime Minister Benjamin Netanyahu also made it a point to meet with the family after the Rabbi’s passing, following a funeral that saw thousands gather on the streets of Israel.