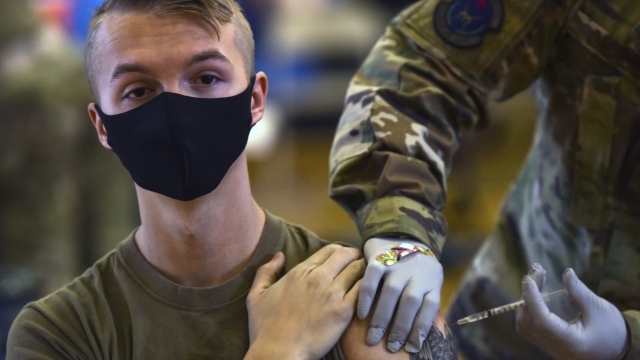 On Wednesday, the US Army announced that it would immediately begin discharging soldiers who refused to take the coronavirus vaccine, putting more than 3,300 service members under the possibility of being dismissed soon.

As it stands, the US Army is now the final defense service to announce its vaccine refusal discharge. The Marine Corps, Air Force, and Navy have already discharged active-duty troops or entry-level personnel at boot camps for refusing the shots. So far, the Army has not discharged any.

The Army has said that more than 3,000 soldiers have been issued official written reprimands, which suggests they are already identified in the disciplinary process, and some of them could be among the first to be discharged. Roughly 97% of all Army soldiers have gotten at least one shot. More than 3,000 have requested medical or religious exemptions.

Army Secretary Christine Wormuth issued the directive Wednesday ordering commanders to begin involuntary separation proceedings against those who have refused the shots and do not have a pending or approved exemption.

“Army readiness depends on soldiers who are prepared to train, deploy, fight and win our nation’s wars,” she said. “Unvaccinated soldiers present risk to the force and jeopardize readiness. We will begin involuntary separation proceedings for Soldiers who refuse the vaccine order and are not pending a final decision on an exemption.”