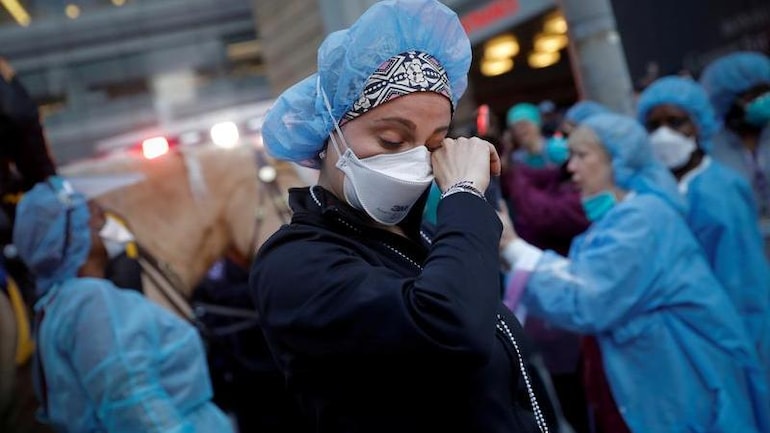 US COVID Deaths Surpass the 200,000 Mark As Winters Get Closer

According to fresh data released by the Johns Hopkins University, a new death toll of 200,005 has been updated in the USA, as of Tuesday. A situation that might get worse with the coming winters, US tops the list of the highest affected countries with a total of more than 6.8 million people testing positive for the infection.

Reacting to the concerning milestone, President Donald Trump claimed that it was a horrible thing and that China should have stopped the virus from spreading globally, to this catastrophic level. The 200,000 mark has been sought after a spike in cases across several states, with North Dakota and Utah bringing in a significant chunk of the new infections.

Just months after the first case in the US was reported in January, the country saw a devastating rise in death since April, and it has only been an upward curve since then. Promising a potential vaccine by October, before the presidential elections, Trump stated on Monday, that his administration had done “a phenomenal job” and gave himself an “A+” for his handling of the pandemic. He said the US was “rounding the corner on the pandemic, with or without a vaccine”.

This statement came in response to Democratic Presidential Candidate Joe Biden’s allegations the same day, wherein he claimed, “Due to Donald Trump’s lies and incompetence in the past six months, [we] have seen one of the greatest losses of American life in history. With this crisis, a real crisis, a crisis that required serious presidential leadership, he just wasn’t up to it. He froze. He failed to act. He panicked. And America has paid the worst price of any nation in the world.”

As of now, with the highest number of cases being reported from primarily two states, North Dakota and Utah have seen a sharp rise in coronavirus cases in recent weeks. Officials say there were more than 3,200 active cases in the North Dakota as of Monday, while 87 people are in the hospital. The state ranks first in the country for the number of cases per capita in the past two weeks, according to data cited by the Associated Press news agency.

Cases are also rising in states including Utah, Texas, and South Dakota. On Tuesday, Wisconsin extended a public health emergency order for the third time since 30 July.

Considering this scenario, experts have hinted that this trend is only about to get worse, especially since the winters are closing in. It is feared that infections will continue to rise during the winter months and that Americans need to be aware of the possibility of the situation getting worse.

On Monday, the Centers for Disease Control and Prevention (CDC) removed guidance on the airborne transmission of coronavirus that had been updated on Friday. In the now-removed advice, the CDC said the virus could spread via particles that remain in the air and advised on the use of air purifiers indoors.

In a recent statement, US infectious disease expert Anthony Fauci has warned that Americans should “hunker down” for autumn and winter.