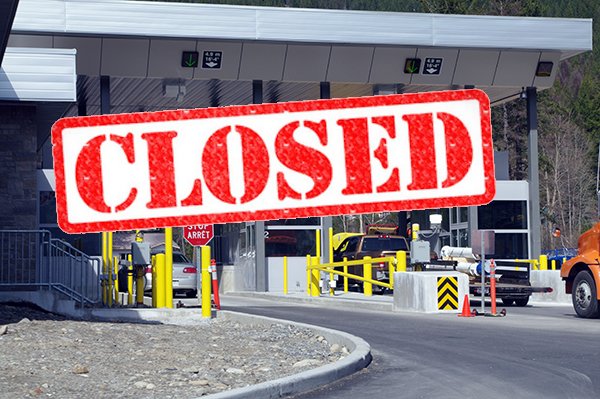 US Extends Border Closure With Canada and Mexico Until Aug 21

Despite Canada’s recent decision to allow the influx of travelers to and from the US starting August 9, the Department of Homeland Security announced on Wednesday that the reopening of the border will be pushed to a later date.

Just two days after the Canadian government announced the opening-up of its borders to fully-vaccinated US citizens starting Aug 9, and for the rest of the world on September 7, the US announced, “Given the outbreak and continued transmission and spread of COVID-19 within the United States and globally, the Secretary (of Homeland Security Alejandro Mayorkas) has determined that the risk of continued transmission and spread of the virus associated with COVID-19 between the United States and Canada poses an ongoing ‘specific threat to human life or national interests.’”

Drawing flak from numerous lawmakers and citizens, several claimed that the decision was costing small businesses and families a deep loss with each passing day. Reacting to the extension, New Hampshire Gov. Chris Sununu, a Republican, called the U.S. decision “absurd,” adding that “It harms our small businesses and families, and does not follow the science,” he said in a statement. “Canada has announced they will open their borders to fully vaccinated Americans, and it’s time the United States follows suit.”

North Dakota Republican Gov. Doug Burgum said, “Keeping the border closed to travelers won’t substantially drive vaccination rates up, but it will continue to hold the economy down and hurt communities that depend on cross-border activity, including North Dakota’s retail and tourism industries.”

As it stands, post the extension announcement, it is unclear how the order will affect the Canadian decision.