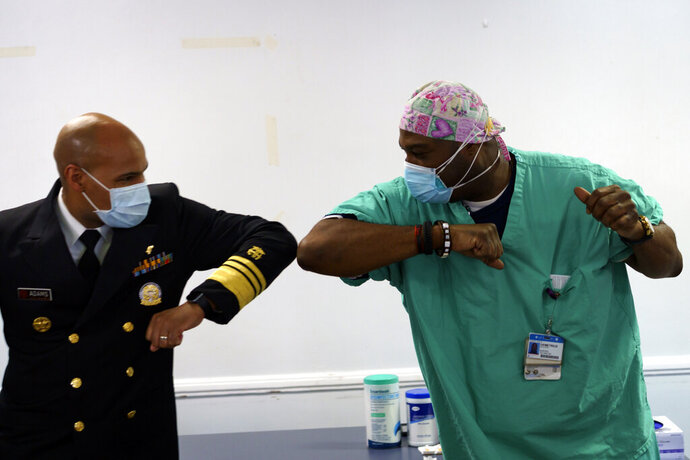 US To Close Deal With Pfizer For Millions Of Vaccine Doses

As reported by the Associated Press in the early hours of Tuesday, the U.S. government is inching a lot closer to sealing a deal to acquire tens of millions of additional doses of Pfizer’s vaccine in exchange for helping the pharmaceutical giant gain better access to manufacturing supplies.

According to an anonymous source close to the matter, the deal is under discussion and could be finalized shortly. This deal would be imperative for the US to ensure enough vaccines to inoculate the entire country, which was a major concern for the Trump administration last week.

The Pfizer vaccine was the first in the US to gain emergency approval by the FDA, two weeks ago, followed by the Moderna candidate last week. As of now, the first phase of vaccinations is underway with healthcare professionals getting their shots for the past one and a half weeks. As it stands, millions of doses of the Moderna vaccine were already secured by the US government since it was developed under the umbrella of the government’s own effort, which is called Operation Warp Speed. But a similar agreement was not initially made with Pfizer, which is why another deal would now move the nation closer to the goal of vaccinating all Americans.

Pfizer already has a contract to supply the government with 100 million doses of its vaccine under Operation Warp Speed, but government officials have said it’s more of an arms-length relationship with the company and they don’t have as much visibility into its operations. The revolutionary Operation Warp Speed has financed the development, manufacture, and distribution of millions of doses, with the goal of providing a free vaccine to any American who wants one. Operation Warp Speed is on track to have about 40 million doses of vaccine by the end of this month, of which about 20 million would be allocated for first vaccinations. Distribution of those doses would span into the first week of January.