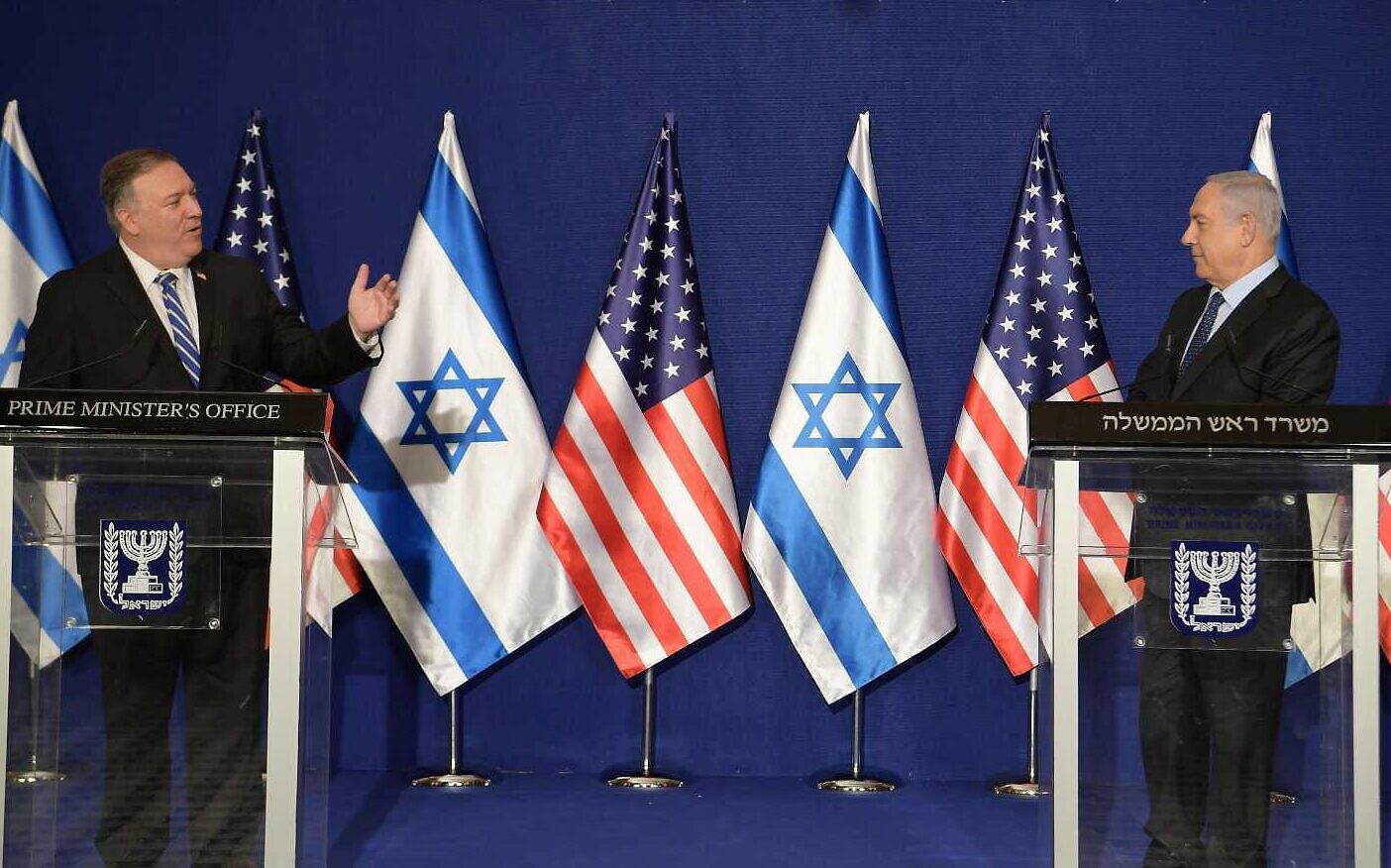 US To Designate BDS Movement As Anti-Semitic: Pompeo

In a historic visit to the contentious West Bank on Thursday,  US Secretary of State Mike Pompeo announced that the United States government will officially designate the anti-Israel Boycott, Divestment, and Sanctions (BDS) movement as anti-Semitic and withdraw funding from groups associated with it.

During this week’s visit to Israel, Mike Pompeo became the first US secretary of state to visit an Israeli settlement in the occupied West Bank, which is still considered illegal under international law. The top diplomat also visited Golan Heights- a territory Israel captured for Syria during the 1967 Middle East War, setting a new precedent that was different from decades of previous US administration’s policy.

Standing beside Prime Minister Netanyahu while making a joint statement after a meeting in Jerusalem, Pompeo said, “Today I want to make one announcement with respect to a decision by the State Department that we will regard the global anti-Israel BDS campaign as anti-Semitic. I know this may sound simple to you, Mr. Prime Minister, it seems like a statement of fact, but I want you to know that we will immediately take steps to identify organizations that engage in hateful BDS conduct and withdraw US government support for such groups. The time is right.”

To this, Netanyahu instantly responded, “It doesn’t sound simple, it sounds simply wonderful.”

This being said, Pompeo did not provide additional details about which groups would be at risk of losing funding but just last month there were indications that the move could impact organizations like Human Rights Watch, Amnesty International, and Oxfam- which Israel regards as supporting BDS.

“We want to stand with all other nations that recognize the BDS movement for the cancer that it is,” Pompeo added. “And we’re committed to combating it. Our record speaks for itself. During the Trump administration, America stands with Israel like never before.”

On Wednesday night, Pompeo and his wife and US Ambassador to Israel David Friedman were taken on a private tour of the City of David by Ze’ev Orenstein, after which he tweeted, “Wonderful to see the work being done to preserve the ancient City of David and the new discoveries by archaeologists working in the area. Thank you to Ze’ev Orenstein for the fascinating tour of the site of three thousand years of ancient history.”