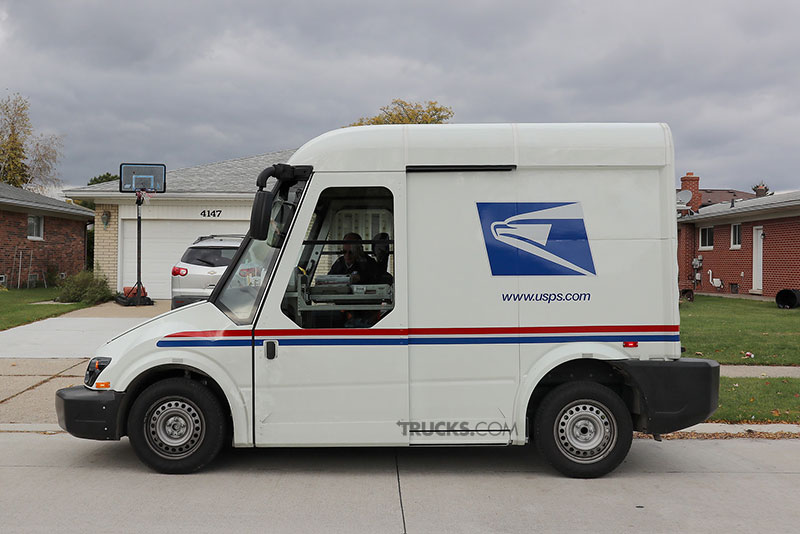 On Tuesday,  the United States Postal Service (USPS) unveiled an all-new mail truck which will be built by Wisconsin-based defense contractor Oshkosh and can be fitted with both gasoline and electric drivetrains.

Scheduled to hit the road in 2023, the USPS is planning to revamp its entire fleet of mail trucks largely due to the fact that their existing ones are extremely out-of-date and even pose fire risks. Oshkosh Defense announced the USPS has selected the Wisconsin-based military vehicle manufacturer to build the Next Generation Delivery Vehicle, or NGDV. The USPS awarded the company a 10-year, $482 million contract to make the new mail trucks.

According to the contract, Oshkosh will help the USPS go electric with battery-electric mail carrier trucks, and will also plan to include “fuel-efficient low-emission internal combustion engine vehicles”.

After facing several setbacks with the arrival of the new truck, the new vehicle that was introduced on Tuesday has more cargo space, better ergonomics, and, yes, air conditioning. It’s also dotted with cameras that give a 360-degree view, helping power a front- and rear-collision avoidance system with visual and audio warnings as well as automatic braking. The big front windshield and low hood should also give drivers a much better view of the road and pedestrians or cyclists, which is a big improvement for the safety of people outside the vehicle.

It is uncertain as to how many trucks among the entire fleet would be gas and electric powered, but it is hoped that the majority of the vehicles will be electronic, especially since President Biden said in January that he wants to replace the entire government fleet to electric drivetrains.

Speaking of the announcement, Robbie Diamond, the CEO of nonprofit Securing America’s Future Energy, said in a statement, “It’s disappointing that today’s announcement does not immediately commit to electrifying one of our nation’s largest vehicle fleets. This contract is a golden opportunity to stimulate the domestic EV market and supply chain, and a commitment to electrifying the [postal fleet] would provide a clear incentive for further domestic EV industry development along the entire supply chain, from minerals to markets.”