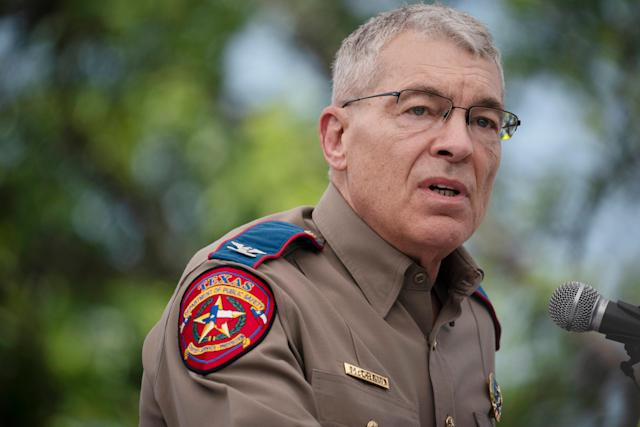 Uvalde Police Chief Blamed For Delay In Response To Shooting

Residents in Uvalde have pinned the blame for the delay in killing the gunman at the Robb Elementary School on the school district’s homegrown police chief- Pete Arredondo.

According to the director of state police, the well-liked local lawman made the “wrong decision” not to breach a classroom at Robb Elementary School sooner, believing the gunman was barricaded inside and children weren’t at risk.

Steven McCraw, the head of the Texas Department of Public Safety, said at the Friday news conference that after following the gunman into the building, officers waited over an hour to breach the classroom. Nineteen children and two teachers were killed in the shooting.

Arredondo, who grew up in Uvalde and graduated from high school here, was set to be sworn in Tuesday to his new spot on the City Council after being elected earlier this month. The 50-year-old has spent much of a nearly 30-year career in law enforcement in Uvalde, returning in 2020 to take the head police job at the school district.

While some citizens claimed that Arredondo’s inexperience in handling such a situation was the problem, several fumed at his lack of judgment. Juan Torres, a US Army veteran said he knew Arredondo from high school. He said, “You sign up to respond to those kinds of situations. If you are scared, then don’t be a police officer. Go flip burgers.”

As it stands, students and teachers had repeatedly begged 911 operators for help while Arredondo told more than a dozen officers to wait in a hallway. That directive — which goes against established active-shooter protocols — prompted questions about whether more lives were lost because officers didn’t act faster.