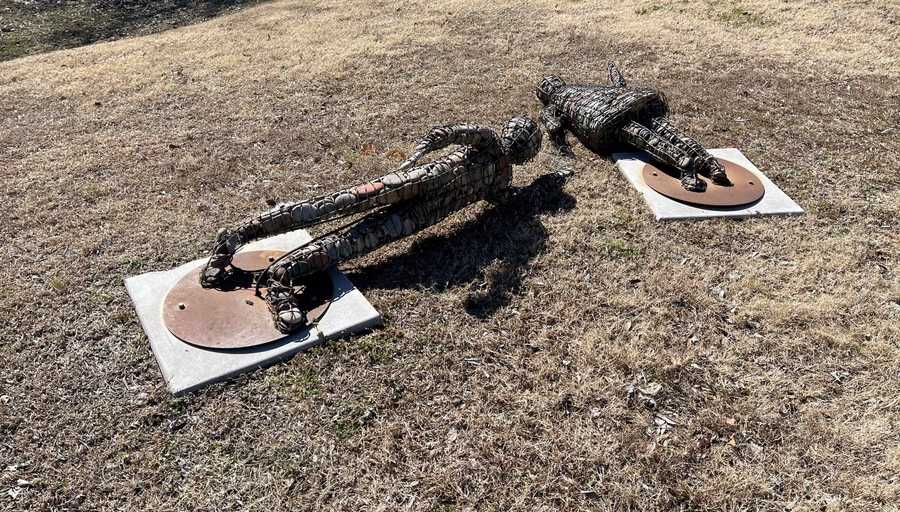 Earlier this week, police in Tulsa, Oklahoma began their search for two suspects who destroyed statues dedicated to child victims of the Holocaust at the city’s Sherwin Miller Museum of Jewish Art. The significance of these statues is that they are filled with 2,000 rocks bearing the names of children killed in the Holocaust.

The Police at Tulsa Oklahoma was informed on Wednesday morning that two young male suspects had bent and knocked down the statues after unsuccessfully attempting to steal them, causing over $15,000 in damage.

“It’s really important that we don’t forget,” said Tulsa Police Department’s Lt. William White, in a video published on Facebook by the agency on Thursday. “You come out and your car’s been egged, that’s not great. But when you have statues dedicated to the children that lost their lives in one of the greatest tragedies in the history of humankind — obviously, there’s a different tier there.” White said. “So we’re taking this very seriously, and we really want to catch these people.”

The police department posted a message on Facebook soon after the tip, writing, “Officers are trying to locate the two male suspects seen in the surveillance photos, accused of damaging Holocaust tribute statues.

Early this morning, we were notified of vandalism at The Sherwin Miller Museum of Jewish Art. The museum has five Holocaust tribute statues with the names of Jewish children on them who were murdered. Each statue is filled with 2000 rocks.

Surveillance video shows the suspects bending the metal statues and knocking them down while also attempting to steal them unsuccessfully. The museum says the suspects caused more than $15000 in damage.

Anyone who recognizes these suspects should call Tulsa Crime Stoppers at 918-596-COPS. You can remain anonymous when calling.”

The Sherwin Miller Museum, which opened in 1966, is home to the largest collection of Judaica in the region. Its permanent Holocaust exhibition displays items donated by Oklahoma veterans who helped liberate German concentration camps, and others brought to the state by Jewish refugees.