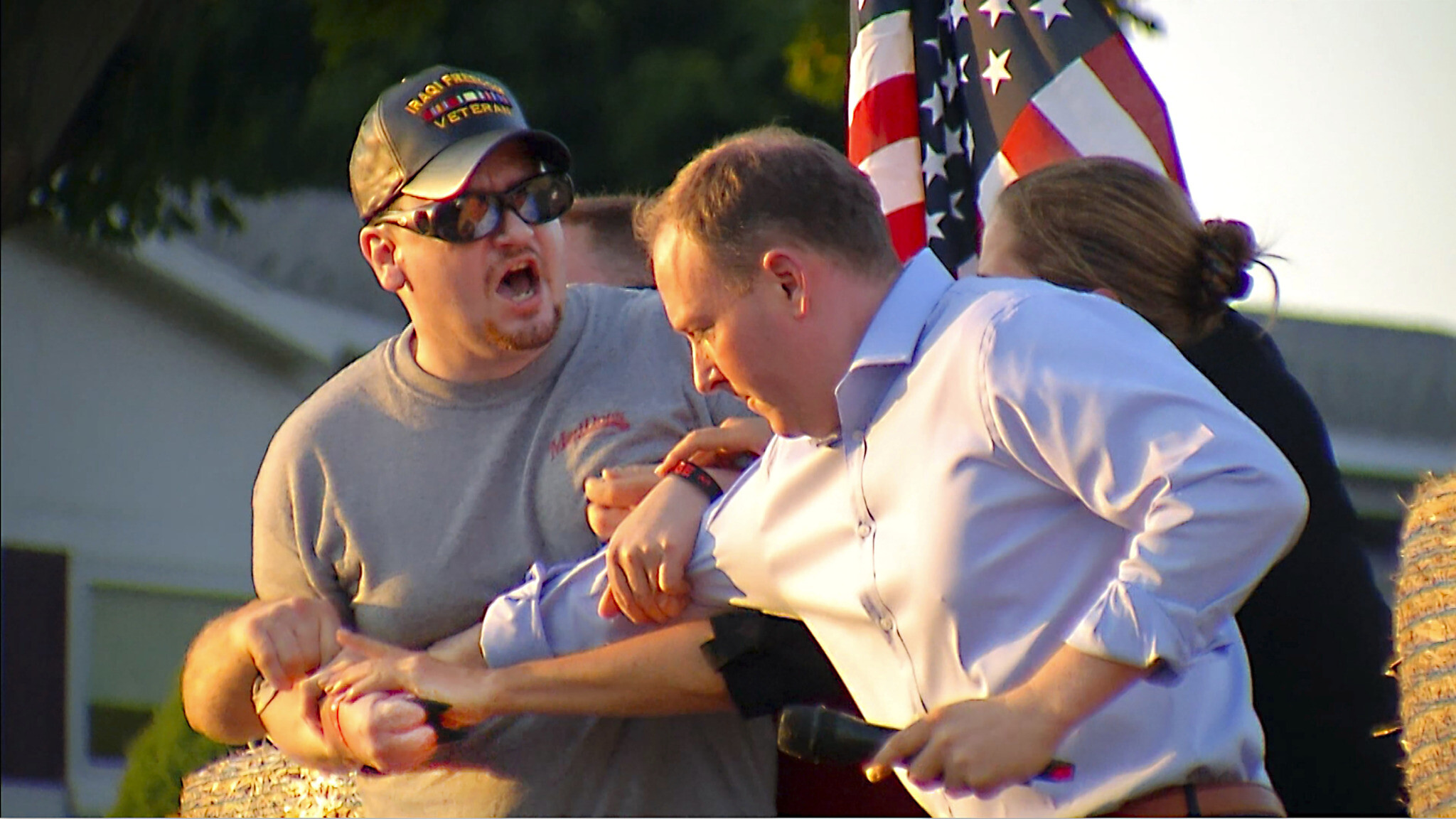 On Thursday, Republican New York gubernatorial candidate Lee Zeldin met with an attempted stabbing incident at his campaign in Monroe County. The weapon of choice? A $10 Cat Keychain with pointy ears.

Photos and video recordings of the incident showed assailant David Jakubonis, 43, with two black points protruding from an item held in his right hand with his index and middle fingers. This was later found to be a “My Kitty Plastic Self-Defense Keychain Weapon,” which is designed to mimic a cat’s face with holes for its eyes and other cut-outs for its nose and whiskers.

Apparently, the makers of this handy product have described it by saying, “Pointed cat ears make this keychain tool ‘purrfect’ for self-defense! The site also says it can be used to “deliver devastating strikes.”

After the incident, the troubled Army veteran was charged with attempted second-degree assault, which led him to be automatically sprung from custody under New York’s controversial bail-reform law.

The defendant is due back in court on Aug. 30.