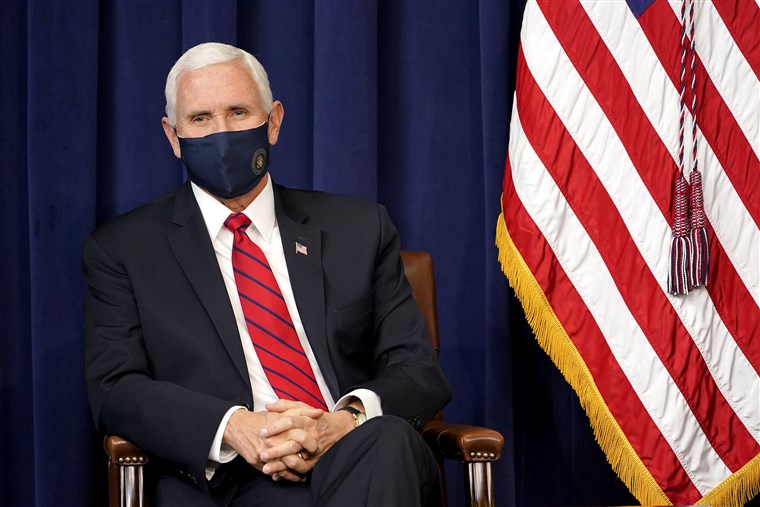 Vice-President Mike Pence To Be Vaccinated On Camera on Friday

As a measure of confidence-building regarding the Pfizer vaccine, and quite possibly the Moderna candidate too, Vice-President Pence will be taking the vaccine live on camera, alongside his wife, as safety concerns of the vaccine begin spurring. Also, according to a new report, President-elect Joe Biden is expected to receive his first coronavirus vaccine in public next week.

“On Friday, December 18th, Vice President Mike Pence and Second Lady Karen Pence will publicly receive a COVID-19 vaccine to promote the safety and efficacy of the vaccine and build confidence among the American people. Vice President Pence and Second Lady Pence will be joined by Surgeon General Jerome Adams, who will also receive the vaccine. This event will take place at the White House.” the White House release said.

Vice President Pence 61, is one of the only senior US officials with a ground-floor office in the West Wing who did not contract COVID-19 this year, quite possibly thanks to his elbow handshakes, which he had adopted as his signature style since the onset of the coronavirus pandemic. Meanwhile, the virus didn’t even spare President Trump, who suffered from the infection in October, and was admitted to the hospital for a speedier recovery. On the other hand, White House chief of staff Mark Meadows, national security adviser Robert O’Brien, White House Press Secretary Kayleigh McEnany and counselor to the president Hope Hicks also contracted and recovered from the virus.

As of now, the US is witnessing its first phase of inoculations that are limited to health workers and nursing home residents.