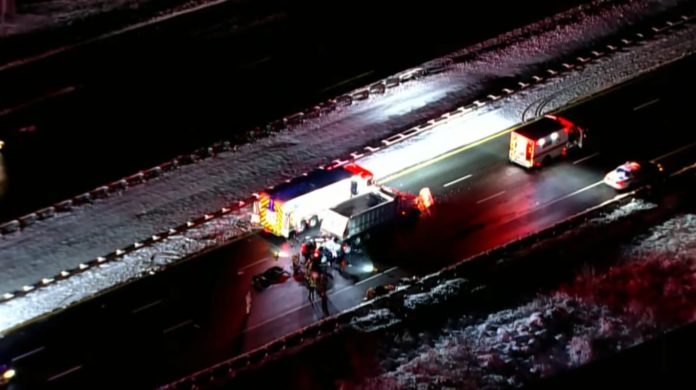 VIDEO: 3 killed, 1 wounded after SUV Hit The Back Of Snow Plow

Three people died and another one was in critical medical condition when the SUV they were riding e crashed in the back of a snowplow in Maryland on Monday evening.

Piringer added that three of the victims consisting of two women and a man were trapped in the vehicle following the crash.

In view of the deadly road accident, the roadway was shut down as crews worked to free them.

A deeper investigation of this road accident is now underway.