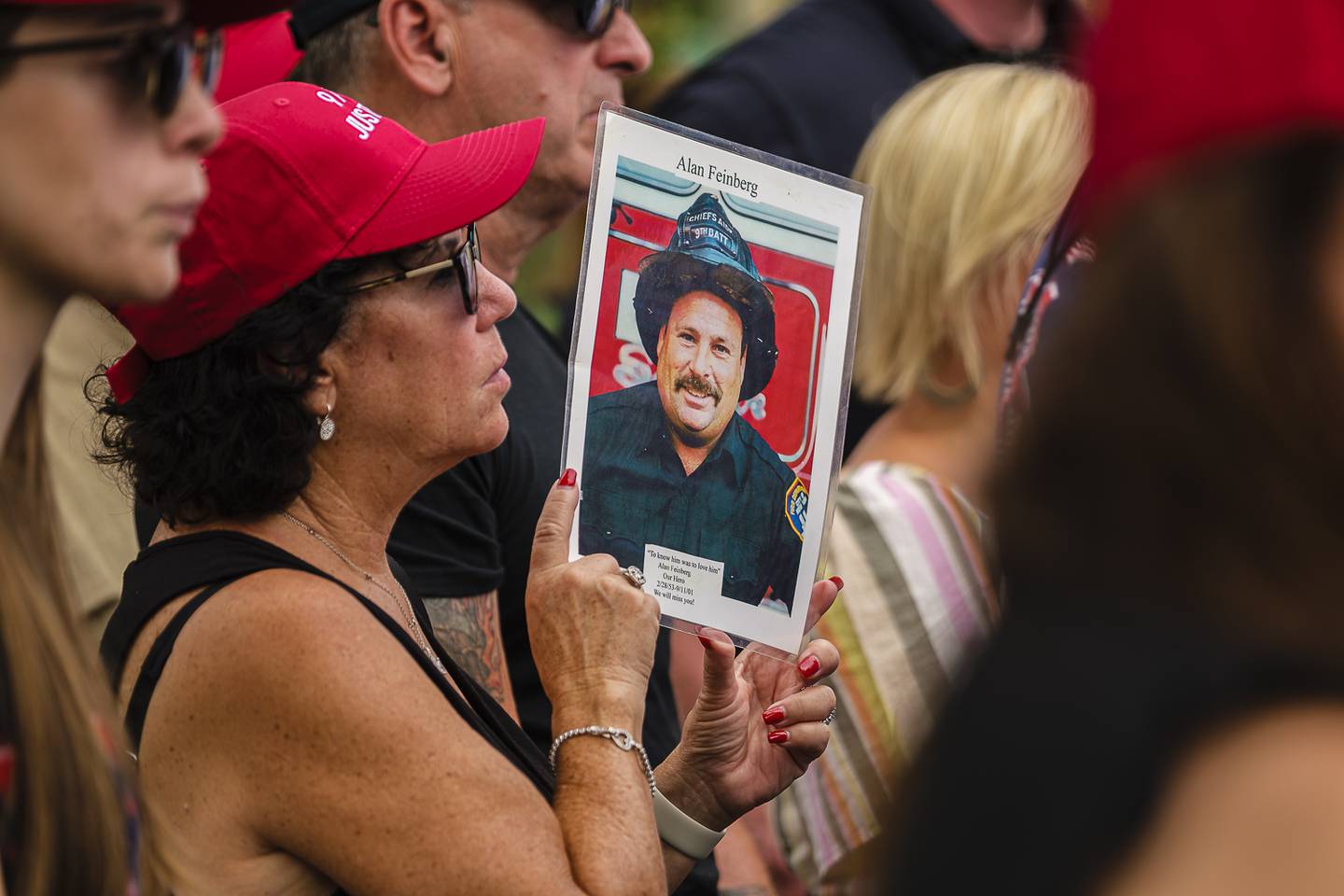 An emotional Brett Eagleson said Trump’s decision to host the golf tournament is the worst form of greed and evil.

“We’re standing in the backyard where people were turned to dust,” Brett Eagleson said.

According to reports, the family members clutched photos of their loved ones lost when the World Trade Center was taken down by terrorists, with many wearing red or blue baseball caps reading “9/11 Justice.”

The families, pursuing a lawsuit seeking damages from Saudi Arabia for its alleged role in the attacks, released a scathing ad slamming Trump for welcoming the LIV tournament.