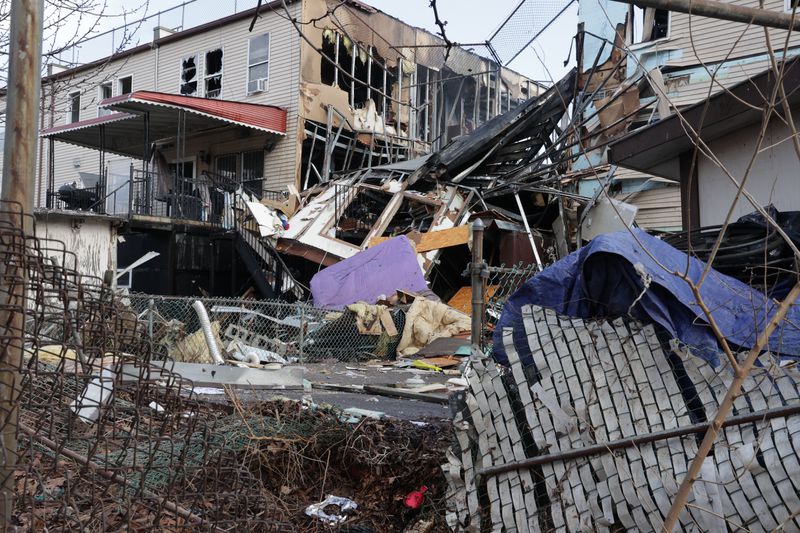 Nine days after a deadly fire killed 17 people at a building in the Bronx, another building in the area went in smoke after a gas exploded killing one elderly and injuring seven others on Tuesday morning.

The NYPD said a 77-year-old woman died and seven others were injured including five firemen when the gas exploded at a three-story residence on Fox St. near Intervale Ave. in Longwood around 10:50 in the morning.

The NYPD identified the slain victim as Martha Dagbasta who died while being treated at the Lincoln Hospital.

When @NYPD41pct officers arrived at the massive explosion at a Bronx home, they saw flames spreading to the adjoining home rocked by the explosion. Knowing there was a person inside, they ran in. They found a woman trapped in the debris. Our prayers are with those affected. pic.twitter.com/UfQWeYT9qo

Lifelong neighborhood resident Alex Catalan, 22 told authorities that due to the strong explosion reportedly caused by a gas the whole building collapsed.

Sources said the five firemen landed on the hospital due to smoke inhalation after working to rescue residents.

New York City mayor Eric Adams who went to the area to check offered words of consolation to the victims of the deadly gas explosion.

“Our hearts go out to the family members,” Adams said.

Meanwhile, due to the explosion, authorities said the buildings on either side of the blast will be demolished due to damage from the explosion and fire.