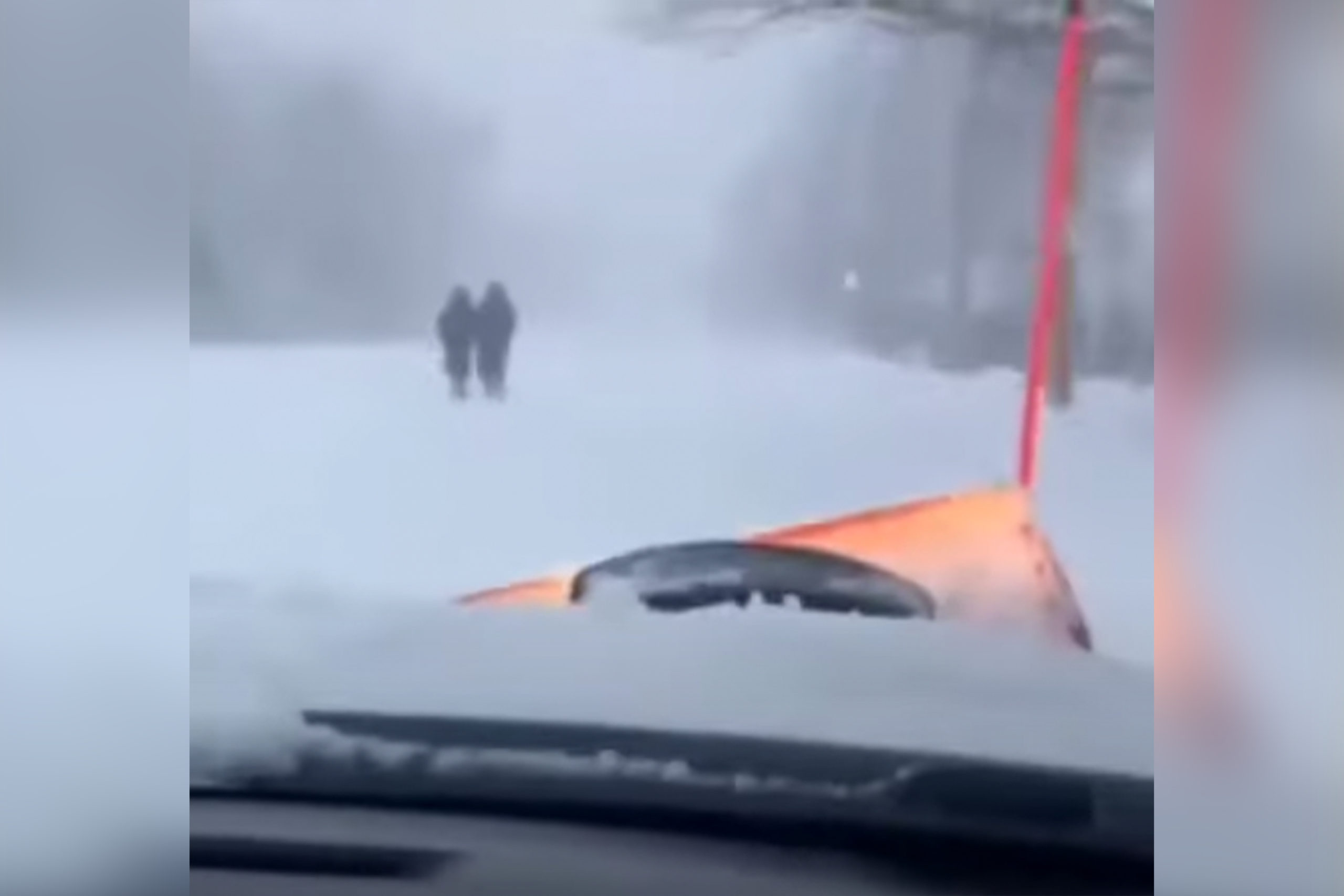 A waste management company has fired a New Jersey snow plow worker after he posted a video showing him deliberately pushing a huge pile of slush and snow onto two Orthodox Jewish men walking in the street.

“While the incident did not involve a company vehicle or company equipment, the employee associated with this social media post is no longer employed with Waste Management,” the company said in a statement on Tuesday.

“The conduct of this former employee is unacceptable and not in accordance with WM’s code of conduct, commitments and values,” the company added.

As they reach the men, the driver drops the plow, directing a massive white wave of snow onto the two before the workers burst into laughter and drive away.

Sources said the video, posted and deleted on the Facebook account of Donny Klarmann, was captioned “This one’s for you JC.”
Lakewood has a population of over 135,000 and the majority of its residents are Orthodox.

Mayor Ray Coles is “appalled and shaken” after viewing the video.

“Not only was it cruel but it was also incredibly stupid and dangerous,” Coles said in a statement.

“The plow could easily have thrown chunks of ice or rock and seriously injured or killed either of the victims. I am glad to know our police department is investigating all aspects of this incident,” Coles added.