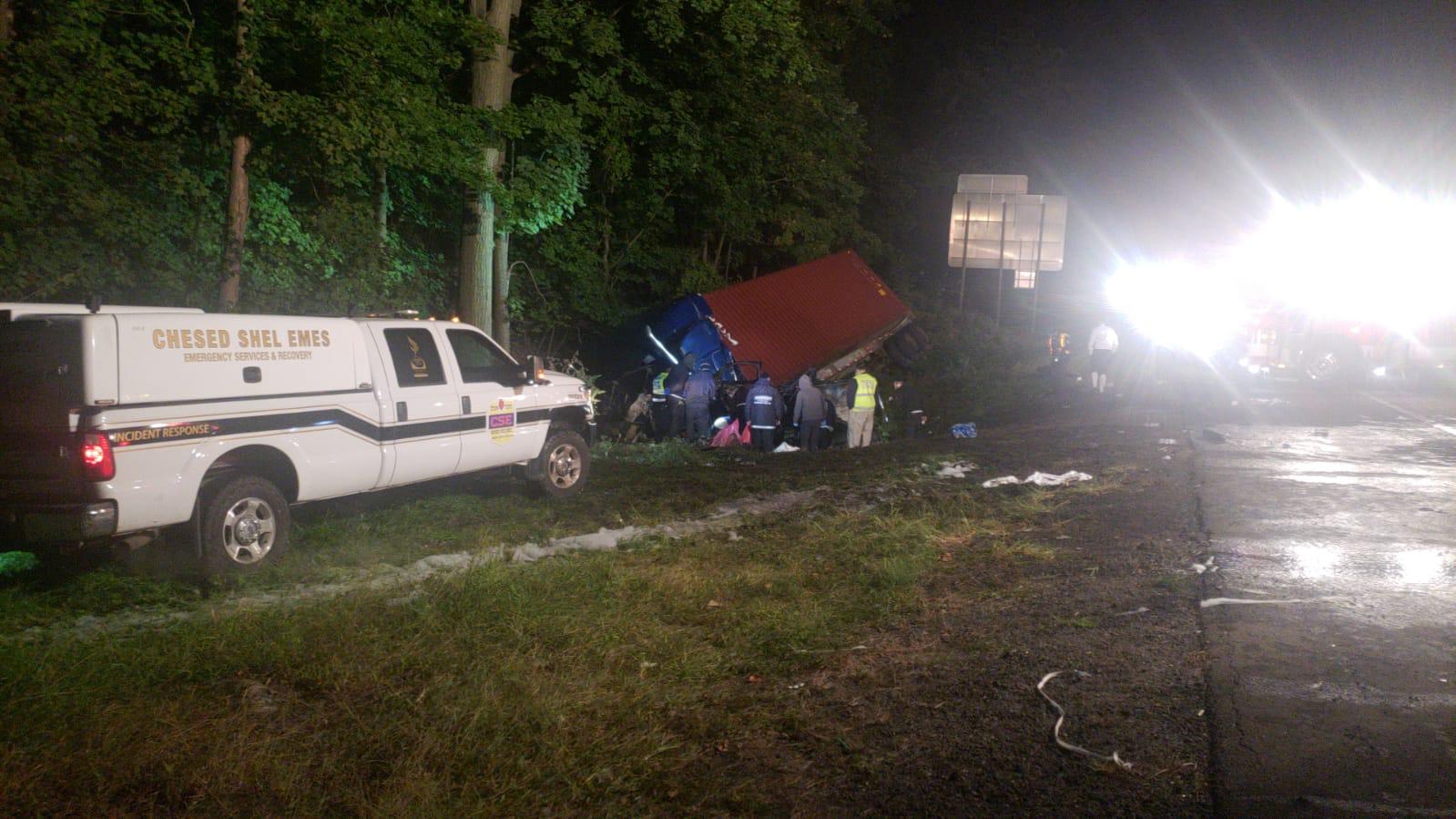 Upon arrival, emergency personnel found an overturned vehicle engulfed in flames that had fell into the right shoulder of the highway. Firefighters among the other emergency agencies worked diligently to extract the trapped people from the burning vehicle. After extracting the pinned people, Paramedics on the scene determined the death of two Jewish men who died as a result of the accident and the fire.

The two young men were driving home after being Rosh Hashana in Pennsylvania following the denial of entry to Ukraine for thousands of Jewish pilgrims who wanted to visit Uman on Rosh Hashana.

The two victims who were perished were identified as R’ Moshe Hertzog U”h, 28-years-old. R’ Moshe was a dedicated volunteer for Monsey Chaverim and was an EMT who helped save many lives. R’ David Tzvi Schenbalg U”h, an EMT, 27-years-old, who saved many lives.

Details of the Levaya will follow.‍