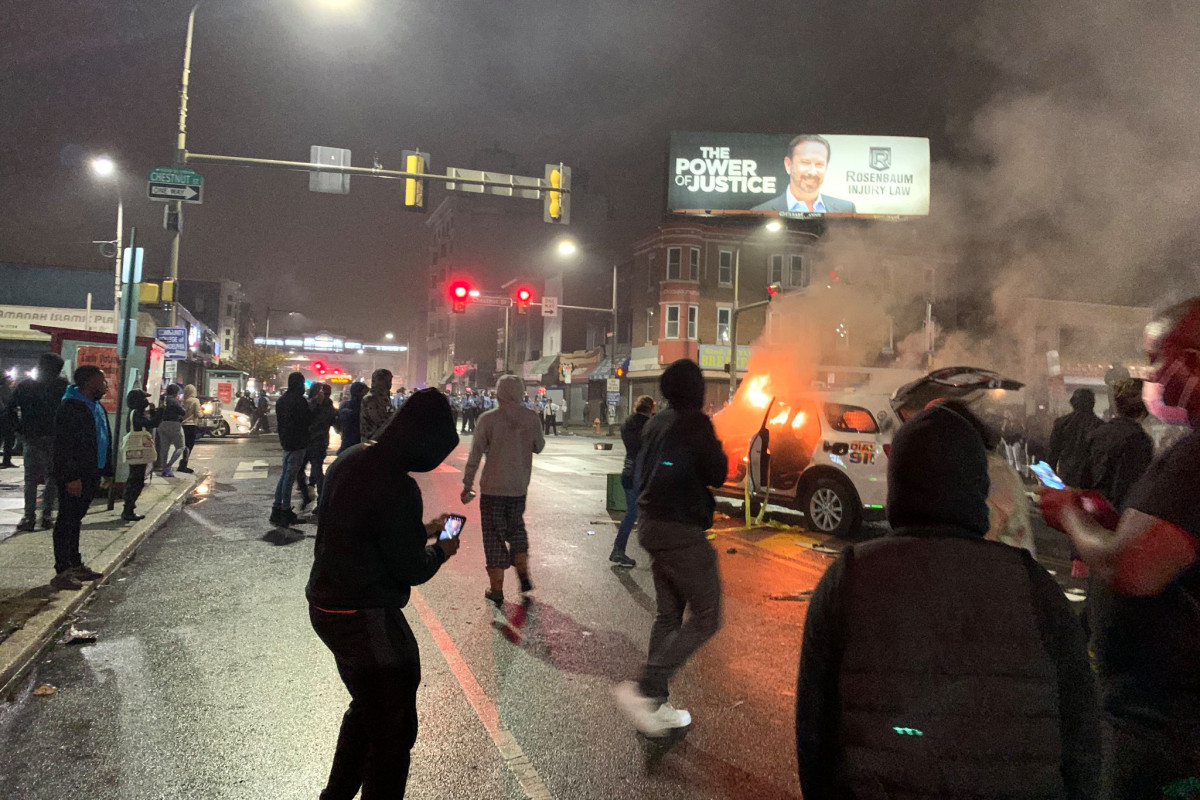 In another tragic incident of police shootings, 27-year-old Walter Wallace Jr. was shot on Monday, killed by two police officers in Philadelphia. Soon afterward, violent clashes between protesters and the police began breaking out, demanding justice for the man.

According to a report by Fox News, Philadelphia Police Sgt. Eric Gripp said the shooting occurred at about 4 p.m. after officers responded to a call about a man with a weapon. He said the officers were “immediately met with a male who was carrying a knife.” This being said, several Twitter users have claimed that the armed man was standing at least 10 feet apart during the shooting and that he was shot 10 times, despite his mother beseeching the officers not to open fire. The Philadelphia Inquirer reported that police said the officers drove the man to a nearby hospital after the incident.

It has also been reported that Wallace disregarded the officers’ orders to drop the knife, which is why they had no alternative but to shoot him in self-defense. In a video that was circulated soon after, it was seen that the deceased’s mother was chasing after her son and asking police not to open fire. The video showed the man, identified in reports as Walter Wallace Jr., walking towards the officers prior to the shooting.

A loving father to a 3-year-old boy, Wallace’s father claimed that his son had been shot 10 times, whilst the Police are still uncertain how many times the person was shot. Wallace’s father also told the Inquirer that his son had mental health issues and was on medication. Pained by the incident, he asked why the police resorted to the brutality when they could have easily diffused the situation with something as simple as a taser.

In response to this brutality, which comes after a series of incidents that sparked raging protests nationwide this year, large crowds began rioting in Philadelphia late last night. Police said rioters set fire to cars and dumpsters and looted multiple stores late Monday night along 52nd and Chestnut streets, in West Philadelphia. A little earlier, at another protest that was staged outside the 18th District police headquarters, at least four officers were hospitalized after they were struck by bricks.

Philadelphia mayor Jim Kenney, Police Commissioner Danielle Outlaw, and District Attorney Larry Krasner have all released statements in response to the shooting, saying they would investigate the incident further.