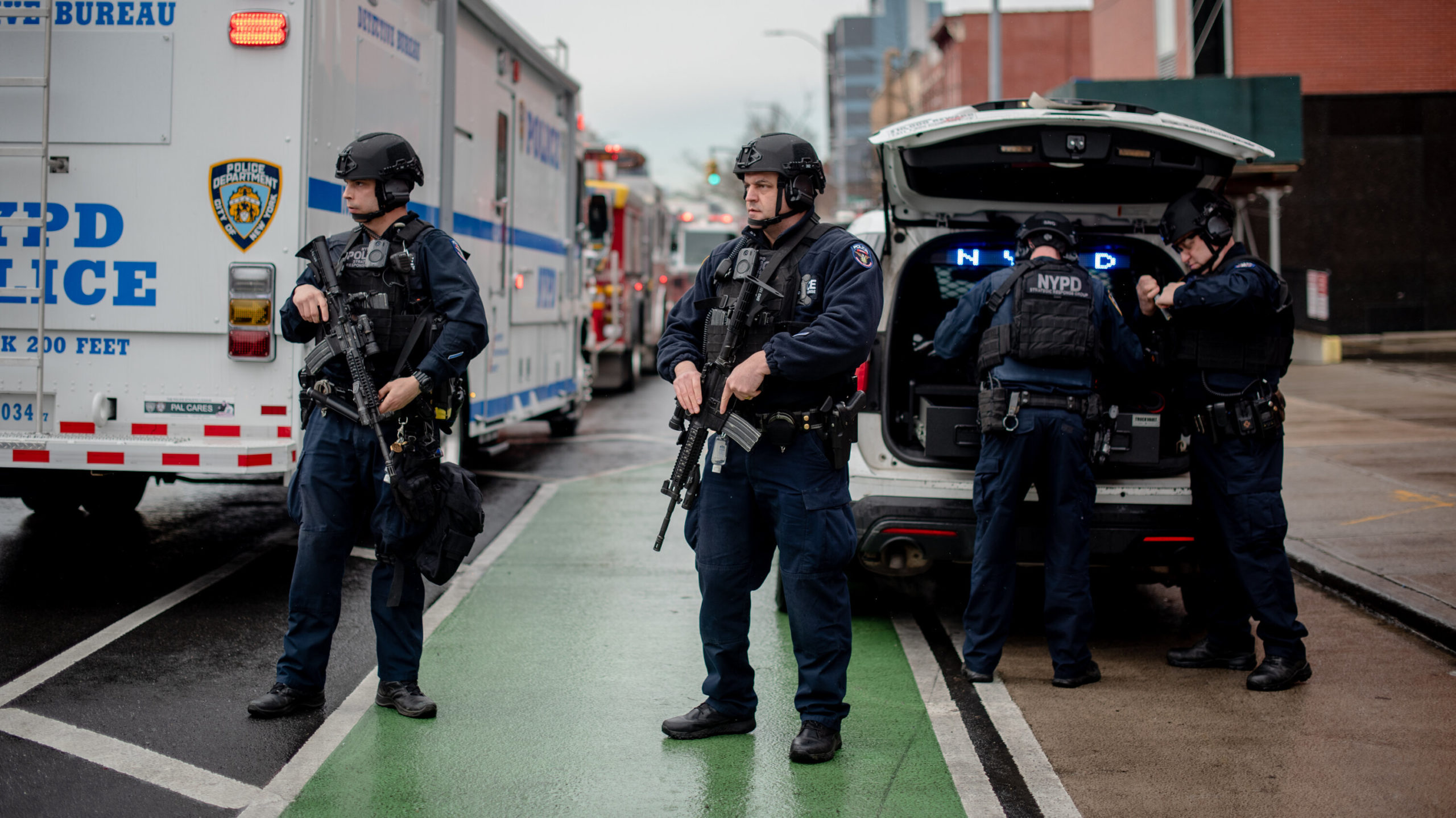 Violence ensued throughout Sunday night in New York City as at least 12 people were shot and two others were stabbed in multiple incidents.

Law enforcement sources said that the first victim was a 74-year-old woman, who was shot in the stomach in East New York. The woman was sitting in the Louis Heaton Pink Houses courtyard at around 6:36 p.m. when she heard gunfire and felt a bullet pierce her stomach. She was taken to Brookdale Hospital in stable condition.

A 16-year-old boy was one of four people shot in Brownsville at around 8:24 p.m. when a fight broke out near the Rockaway Avenue subway station, police sources said. One person involved in the brawl opened fire, shooting the teen in the head and a second man in the stomach. Two others suffered graze wounds. The teen was rushed to Maimonides Hospital in critical condition.

Another man was shot on New York Avenue in Brooklyn at around 11:15 p.m. On Staten Island, a woman walked into Richmond University Medical Center Sunday night with a gunshot wound.

Meanwhile, in The Bronx, a 13-year-old girl and her mother were shot on Bristow Street just before 9 p.m. Both were in stable condition. At around 7 p.m., a woman walking her dog was struck by gunfire just a couple blocks away, on Southern Boulevard. There were also two stabbings in Queens Sunday.