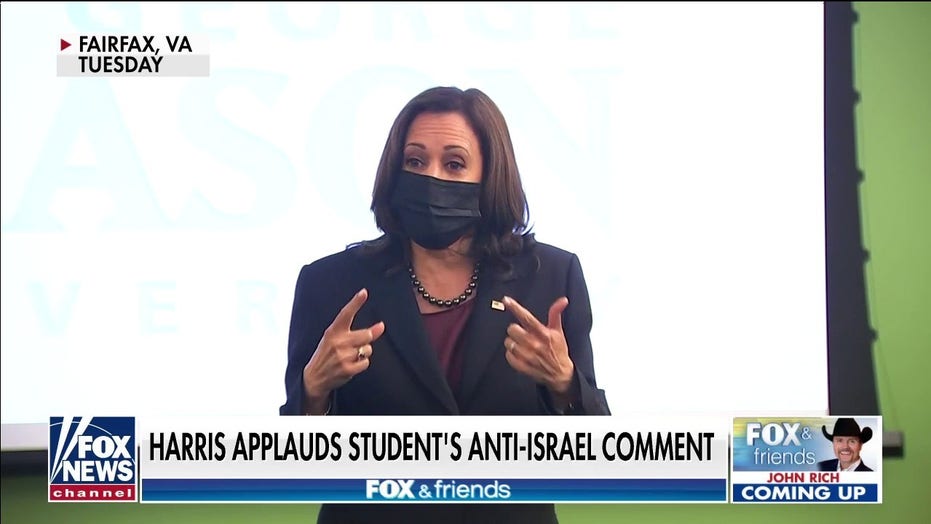 In an appearance at the George Mason University in Fairfax, Virginia, to commemorate National Voter Registration Day earlier this week, Vice President Kamala Harris nodded and agreed with a student who accused Israel of ethnic genocide.

During a round of questions from the audience at the university, a female student queried the funds being allocated by the US for Israel and Saudi Arabia. The student said, “I see that over the summer there have been, like, protests and demonstrations in astronomical numbers about the Palestinian cause. The funds recently allocated to continue backing Israel hurts my heart because it’s ethnic genocide and displacement of people, the same that happened in America, and I’m sure you’re aware of this.”

The student went on to allege that money that would otherwise go to Americans struggling with housing and health care costs goes instead “to inflaming Israel and backing Saudi Arabia and what-not.”

In response to the anti-Israel question, Harris simply nodded and agreed, saying that she was glad the student spoke her truth without suppressing any feelings. Claiming she was glad that the student shared her perspective, Harris said, “This is about the fact that your voice, your perspective, your experience, your truth, should not be suppressed and it must be heard, right? And one of the things we’re fighting for in a democracy, right?”

In the end, she added, “The point that you are making about policy that relates to Middle East policy, foreign policy, we still have healthy debates in our country about what is the right path, and nobody’s voice should be suppressed on that.”