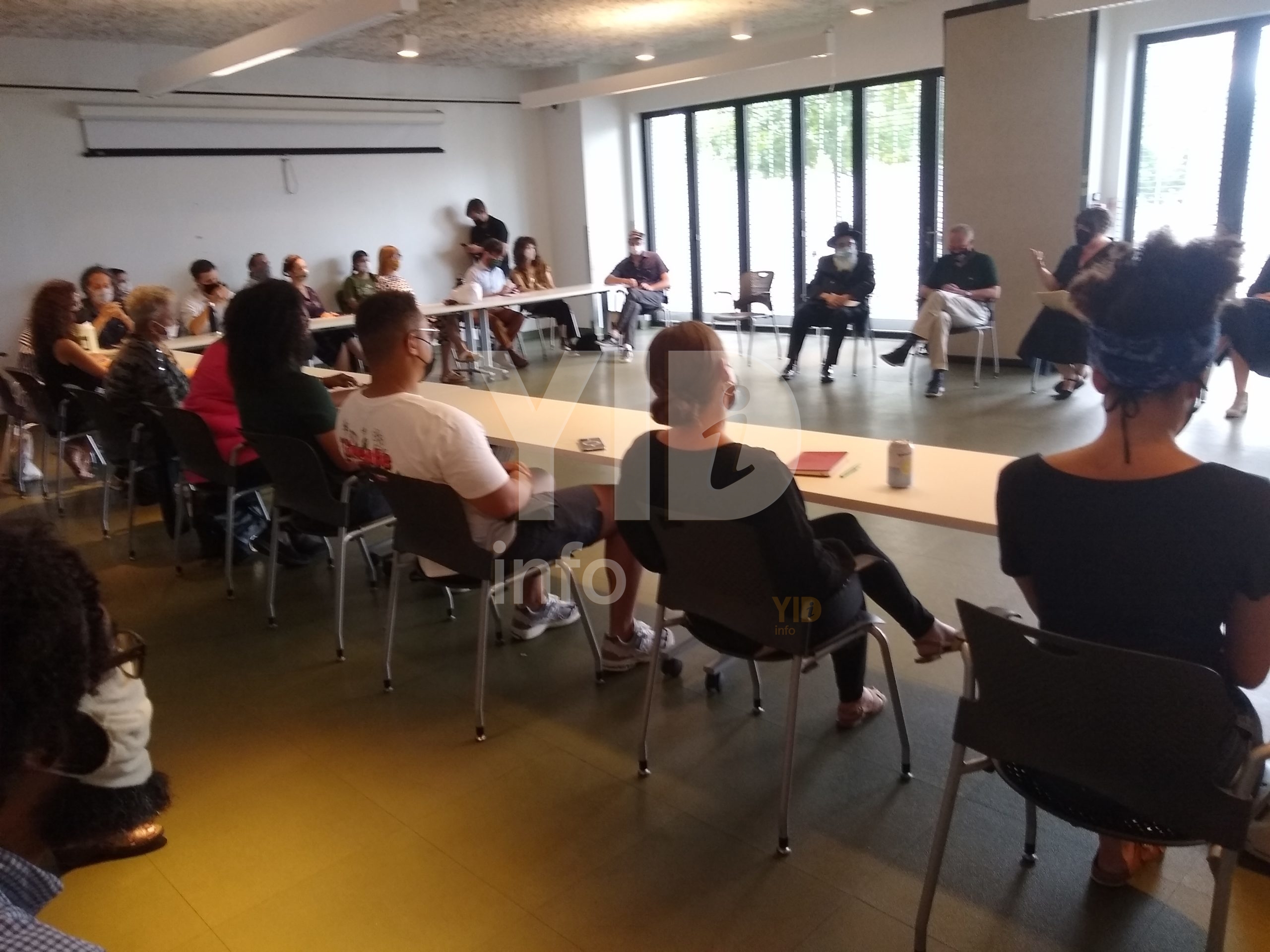 Watch: Senate Majority Leader Schumer And Rabbi Niederman Discuss Advocacy To Save Alta And Other Community Issues At Forum Hosted By Assemblymember Gallagher

Williamsburg – Last week, NY Senator and Senator Majority Leader Charles Schumer was in Williamsburg for a townhall hosted by Assemblymember Emily Gallagher, where he addressed a number of issues raised by local community groups. In an exchange with Rabbi David Niederman, President of the UJO of Williamsburg, who was seated to his right, the senator addressed the struggle to save Alta Fixler, and other issues important to the Williamsburg Jewish community and the community at large.

After thanking the host, Assemblywoman Gallagher, Rabbi Niederman went on: “Thank you senator for really fighting for the life of a two-year-old girl that is prevented medical care, a child of a US citizen in London, and the senator is fighting and fighting – – the senator secured her a visa, but now the hard thing is to get the UK government to allow – – the senator is tirelessly working with the white house so that a miracle happens so that the child can benefit our health care system.”

Mr. Schumer recounted how he got Alta her visa and called upon the British not to allow the child to die against her parents’ belief and religion. “We wouldn’t put her to death her in America,” he remarked.

Rabbi Niederman also asked for help in face of the recently announced plan to close one lane of the BQE – approximately from Atlantic Ave to the Brooklyn Bridge. When discussing the impact it will have on pollution and traffic in the neighborhood, Rabbi Niederman said “everybody knows when you want to take the (BQE) Wythe Avenue exit how long it takes to get out.”

“I do!” Schumer exclaimed.

“Imagine when you eliminate one lane, what is going to happen then,” Rabbi Niederman said. He asked for the infrastructure to include funds to improve the traffic at the area’s entrances and exits of the BQE. The Majority Leader said he’s looking forward for a community consensus how to improve the BQE and to work to include funding for such a plan in the federal bill. Assemblywoman Gallagher committed to follow up on a vision to improve the roadway and quality of life in the area.

Finally, Rabbi Niederman asked for the senator’s intervention with the USDA and NYSED to allow schools and other running Free Lunch Programs to continue distributing Grab & Go meals for children out of school, an option that was available since the start of the pandemic but is set to end for the upcoming school years. The senator expressed an interest to work to extend this lifeline for so many families who grapple with food insecurity and hunger.

Assemblymember Gallagher tweeted: “I feel so grateful to represent this diverse, opinionated, loving community—and to have @SenSchumer representing us in Washington! There’s so much we can accomplish together. @SenSchumer also heard directly from community leaders and neighbors who’ve done so much for North Brooklyn, including from @elpuentepalante, @NewtownCreek, @UnitedJewish, the Cooper Park Resident’s Council, @NBk_TA, Jonathan Williams Plaza Tenants Association + more.”

Thank you so much @EmilyAssembly for hosting this so-productive forum with @SenSchumer to listen to our local issues. This is so amazing, to have our senate majority leader to personally address our shtetl’s concerns,” the UJO replied.

“I was so pleased to join @EmilyAssembly and New Yorkers from her district to talk about the environmental and infrastructure challenges facing North Brooklyn. We are working together for a sustainable, equitable future for our communities,” tweeted Majority Leader Schumer.