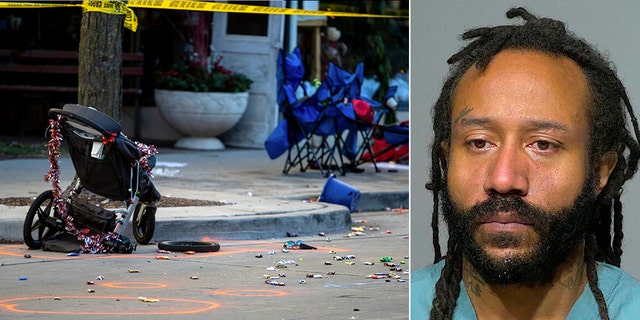 Darrell Brooks Jr., the suspect arrested for the insane Christmas parade tragedy, was reportedly leaving the scene of a domestic dispute that had taken place just minutes earlier.

According to Waukesha’s police chief Dan Thompson, the Sunday parade attack that claimed several lives and injured many did not have a terror motive, nor did the suspect know anyone a the parade. Brooks had left the scene of the domestic disturbance before officers arrived, and he was not being chased by police at the time of the crash.

The chief said that while police were not pursuing Brooks before he entered the parade route, an officer did fire a shot to try to stop him but ceased firing because of the danger to others. Brooks was not injured.

Brooks has a considerable history of criminal acts and has been charged 16 times since 1999 and had two outstanding cases against him at the time of the parade disaster — including one in which he was accused of deliberately running down a woman with his vehicle.

As of Monday, at least nine patients from the scene— most of them children — were listed in critical condition at two hospitals, and seven others were reported in serious condition.