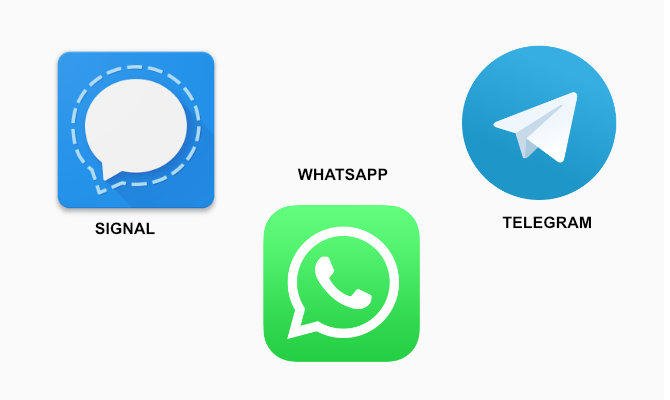 A week after the new privacy updates linking Whatsapp and Facebook accounts were floated by the messaging app, the company saw a major decline in growth, whereas rival apps including Telegram and Signal, did phenomenally well.

According to Mobile app analytics firm Sensor Tower, WhatsApp saw downloads shrink to 10.6 million, down from 12.7 million the week before. On the other hand, Signal saw 17.8 million app downloads on Apple and Google during the week of Jan. 5 to Jan. 12. That’s a 61-fold increase from just 285,000 the previous week. Telegram, an already-popular messaging app for people around the world, saw 15.7 million downloads in the Jan. 5 to Jan. 12 period, roughly twice the 7.6 million downloads it saw the previous week.

The shift in the user base is speculated to have happened for two reasons. One: Whatsapp’s recent update of its Privacy Policy caused concerns for various users who deemed their data was no longer safe and personal since it was to be used jointly by the messaging app, as well as its parent network Facebook.

Meanwhile, the second denominator according to experts is that they believe the shift may reflect a rush of conservative social media users seeking alternatives to platforms such as Facebook, Twitter, and the now-shuttered right-wing site Parler. The mainstream sites suspended President Donald Trump last week and have tightened enforcement on violent incitement and hate speech.

Reacting to the former concern, Facebook said that its update “does not affect the privacy of your messages with friends or family in any way,” adding that the policy changes were necessary to allow users to message businesses on WhatsApp. The notice “provides further transparency about how we collect and use data,” the company said.

Although there is no significant damage done to WhatsApp, which is still far ahead in terms of the metrics as compared to Signal and Telegram, a continuation on this trend might prove to be troublesome for the messaging giant. A gross example of WhatsApp’s popularity according to Sensor Tower is that Signal has been installed about 58.6 million times globally since 2014. In that same period, Telegram has seen about 755.2 million installations and WhatsApp a whopping 5.6 billion — almost eight times as many as Telegram.