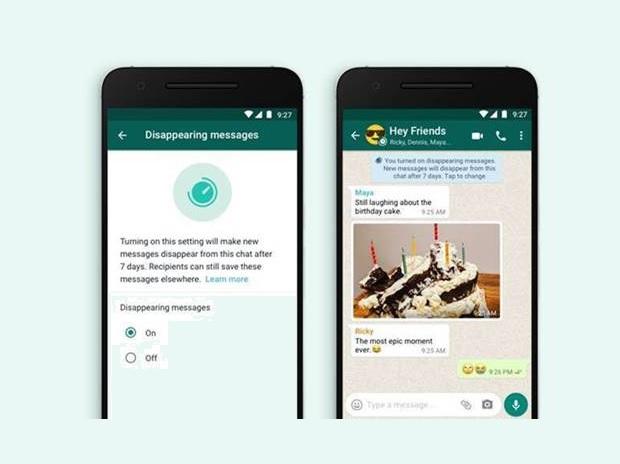 A feature that was awaited by tech enthusiasts for quite some time has now made its debut on WhatsApp. The popular messaging app launched a new Disappearing Messages feature which will wipe out messages after a period of 7 days when enabled.

The feature that has now been made official, will be available to all users during this month, hence enabling users to automatically delete messages after seven days. Set to be available across all WhatsApp-supported devices including Android, iOS, and Linux-based KaiOS devices, anyone will be able to activate the option in individual chats, and group admins will be able to enable disappearing messages in group chats.

Soon to be available for 2-billion plus users during this month, the Facebook-owned company said the goal is “to make conversations on WhatsApp feel as close to in-person as possible, which means they shouldn’t have to stick around forever”. A WhatsApp spokesperson further added, “We’re starting with 7 days because we think it offers peace of mind that conversations aren’t permanent while remaining practical so you don’t forget what you were chatting about. The shopping list or store address you received a few days ago will be there while you need it, and then disappear after you don’t.”

Once the feature has rolled out fully, it will be available as a new option in the contact section of each friend or group in WhatsApp, and when enables, it won’t wipe out older messages. WhatsApp says it will start rolling out disappearing messages to all users this month.