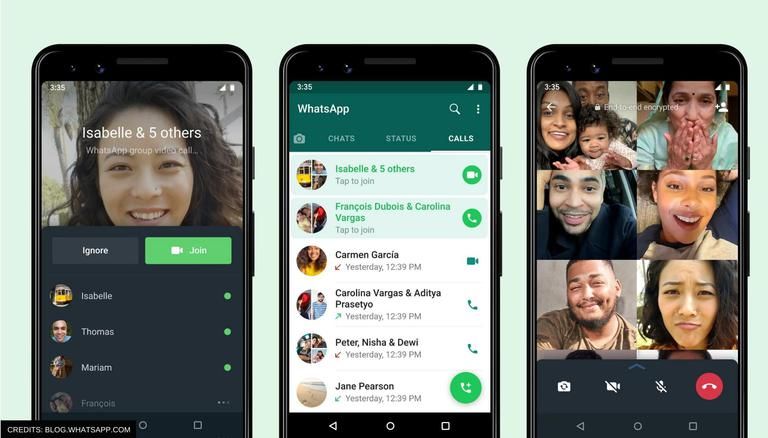 Adding all-new features to its instant messaging application, WhatsApp will now allow a user to join a group video or voice call even after it has started. Apart from this, users will also be able to see the new participants in a video call screen the way one sees on various communication apps.

Bringing in a new feature in which a user can see who is already on the group call, and who has been invited but has not yet joined, WhatsApp upped its group calling game, in order to support businesses during the still-raging pandemic.

“We’ve also created a call info screen so you can see who is already on the call, and who has been invited but not yet joined. If you hit ‘ignore’ you can join later from the calls tab in WhatsApp,” the company said in a statement.

With the new features in place, when a user receives a new group video call, the screen will show the participants currently on the call, and the first contact listed will be the participant that added you. As of now, group calling on WhatsApp allows up to eight participants to video call with each other.

According to the company, “the ‘Joinable calls’ reduce the burden of answering a group call as it starts, and brings the spontaneity and ease of in-person conversations to the group calling on WhatsApp.”

What’s more is that, now, if someone misses a group call when the phone rings, they can still join whenever they like. The call can be also be dropped off and could be re-joined again.