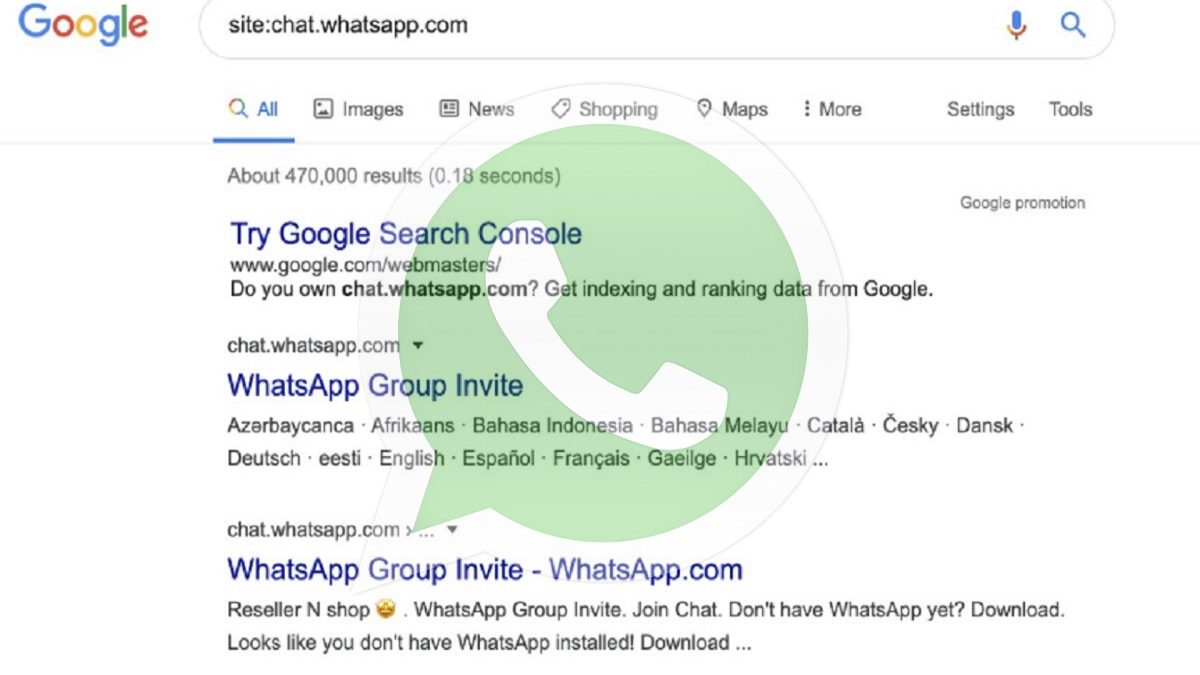 Responding to concerns of user-profiles and group information being indexed on Google’s search engine, WhatsApp clarified on Monday that it has been taking steps to prevent the Google indexing of its users and group invites.

This statement came as a response to an Indian cybersecurity researcher Rajshekhar Rajaharia pointed out the security threat in a Twitter post. The indexing error is a repeat of February 2020 when Google and WhatsApp had received a lot of criticism as some public groups, along with chats and member information, started showing up on Google search results. In his tweet, Rajaharia said, “Your @WhatsApp groups may not be as secure as you think they are. WhatsApp Group Chat Invite Links, User Profiles Made Public Again on @Google Again. Whatsapp also allows users to generate rich preview links of group chat invites that eventually may allow search engine crawlers to identify the links and then index them for future searches. This issue was apparently fixed by Whatsapp last year after becoming public.”

As a result, anyone could discover and join a private WhatsApp group by simply searching on Google. People’s phone numbers and profile pictures could be surfaced through a simple Google search, because of the issue. Someone who finds these links can join the groups and would also be able to see the participants and their phone numbers alongside the posts being shared within those groups.

Your @WhatsApp groups may not be as secure as you think they are. WhatsApp Group Chat Invite Links, User Profiles Made Public Again on @Google Again.
Story – https://t.co/GK2KrCtm8J#Infosec #Privacy #Whatsapp #infosecurity #CyberSecurity #GDPR #DataSecurity #dataprotection pic.twitter.com/7PvLYuM9xD

Responding to these concerns, Whatsapp on its portal on Monday stated, “Since March 2020, WhatsApp has included the “noindex” tag on all deep link pages which, according to Google, will exclude them from indexing. We have given our feedback to Google to not index these chats.”

“Like all content that is shared in searchable, public channels, invite links that are posted publicly on the internet can be found by other WhatsApp users. Links that users wish to share privately with people they know and trust should not be posted on a publicly accessible website,” the statement said.

WhatsApp further added, “As a reminder, whenever someone joins a group, everyone in that group receives a notice and the admin can revoke or change the group invite link at any time.” WhatsApp said that the indexing issue has been resolved.