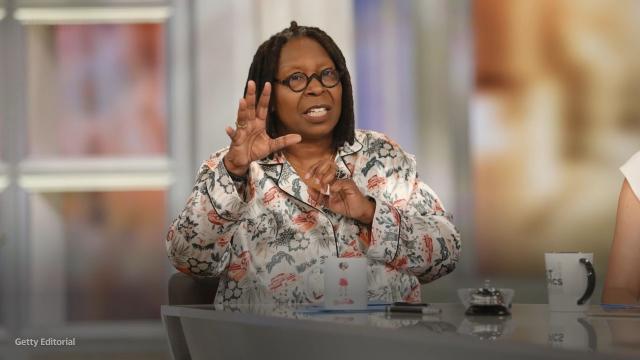 During a televised discussion on “The View,” actress and producer Whoopi Goldberg made a major gaffe, claiming that “the Holocaust isn’t about race.”

Part of a panel that was discussing a Tennessee school board’s removal of the Holocaust book “Maus” from its curriculum earlier this month, the five co-hosts on the show opposed the board’s decision, saying that the acclaimed graphic memoir should be taught in classrooms; whereas Goldberg disgracefully begged to differ.

In her comments, she said, “If you’re going to do this, then let’s be truthful about it…these [Jews and Nazis] are two white groups of people.” To this, Co-host Joy Behar argued,  Nazis “considered Jews a different race.”

Guest co-host Ana Navarro also asserted that “it’s about white supremacy, it’s about going after Jews and Gypsies.” But Goldberg continued to speak her will. She went on to say “The minute you turn it into race, you go down this alley.”

At this very moment, the show averted a possible disaster by swiftly going into a commercial break, but the damage was already done. Goldberg’s comments infuriated the Jewish community, leading to a backlash on social media platforms.

As some time passed, Goldberg took to her social media handles to apologize for the matter, saying: “On today’s show, I said the Holocaust is not about race, but about man’s inhumanity to man.” I should have said it is about both. As Jonathan Greenblatt from the Anti-Defamation League shared, “The Holocaust was about the Nazi’s systematic annihilation of the Jewish people – who they deemed to be an inferior race. I stand corrected. The Jewish people around the world have always had my support and that will never waiver. I’m sorry for the hurt I have caused.

Written with my sincerest apologies,