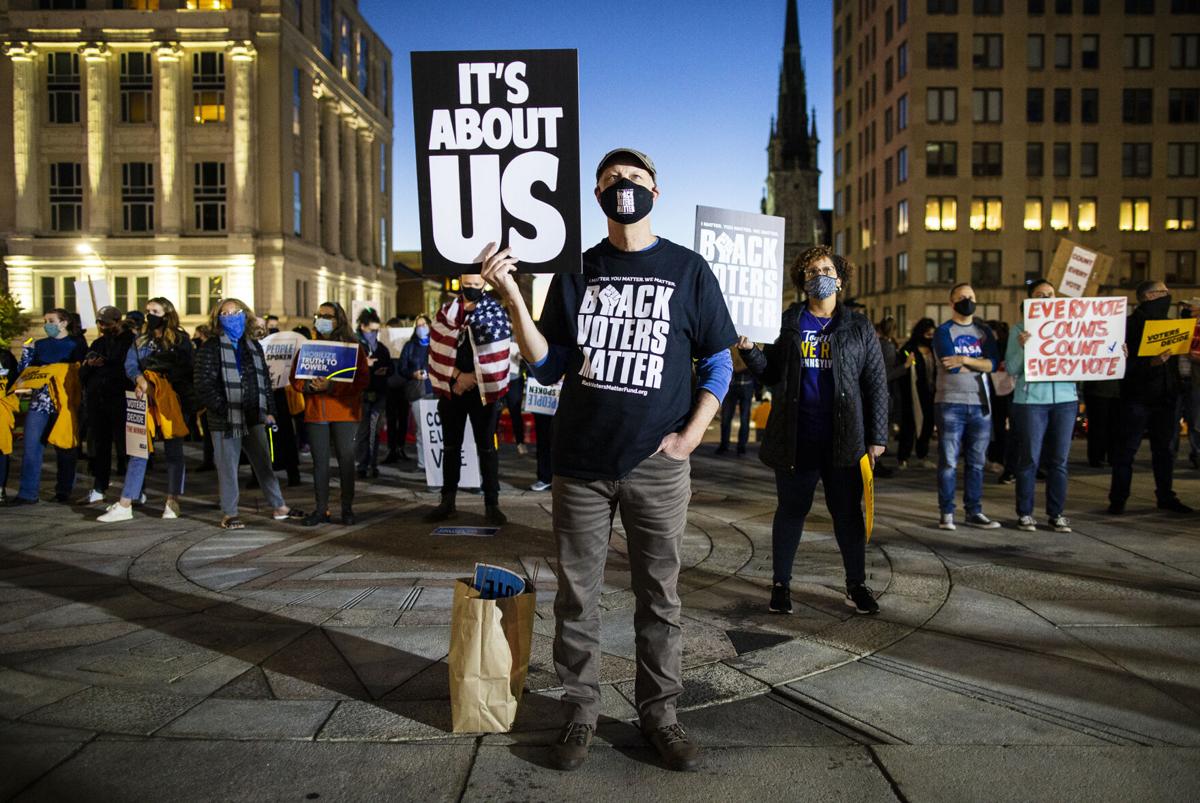 As the final results of the presidential elections continued to hang in the balance, widespread protests erupted around the country last night, leading to numerous developments. Whilst BLM protesters took over Philadelphia, Trump supporters chanted ‘Count The Vote’ in Arizona and the Oregon National Guard was called into the city of Portland.

Philadelphia saw two major protests taking stem last night- one which was in favor of the ‘Count Every Vote’ movement, and the other that condemned the police killings of black men. Both the groups gathered in front of Independence Hall, then marched from City Hall before arriving at the site where the Declaration of Independence was signed. Both groups then headed to Mayor Jim Kenney’s home in Old City, according to the Philadelphia Inquirer.

The group of BLM protesters was crusading for 27-year-old Walter Wallace Jr., who was recently killed in another police encounter. Chanting “stop killing Black people” outside of Mayor Jim Kenney’s office, the demonstrators went on to shout, “Say his name. Walter Wallace.”

The voting protests throughout the country are being led by Black Lives Matter and Shutdown DC, demanding election workers to keep counting ballots, many of which were mailed. Other cities included in the movement include Washington, New York, Chicago, Los Angeles, Seattle, and Portland.

Meanwhile, another County Every Vote protest erupted in Minneapolis, with a large crowd blocking traffic on Interstate 94 at Riverside Avenue. State Patrol troopers and Minneapolis police said they are currently arresting protesters, tweeting, “Walking on the freeway is illegal and very dangerous for pedestrians and motorists. We respect the right of everyone to express themselves under the First Amendment, but the freeway is not a place to do that.”

In Portland, the Oregon National Guard was called upon to handle violent protests that plagued the city last night. Local authorities declared a riot after groups of demonstrators destroyed property in downtown Portland, destroying ATMS, vandalizing buildings, and breaking windows.

In Arizona, on the other hand, Trump Supporters protested outside the election center chanting “count the votes”, as workers inside tallied crucial mail-in ballots from the swing state. These protests came after the Trump Campaign slammed the media calls claiming that they lost the state, citing the outstanding amount of mail-in ballots that had yet to be counted. As of late Wednesday night, the state was still tabulating more than 300,000 ballots.