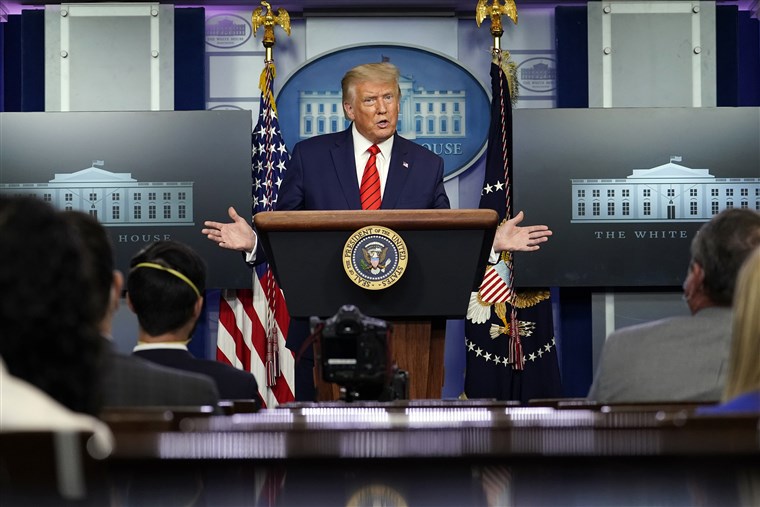 Will Not Meet Blake’s Family Due To Involvement of Lawyers: Trump

Declared yesterday, President Donald Trump’s visit to Kenosha, Wisconsin is set to happen today. Much to everyone’s astonishment, in a news conference late Monday, Trump confirmed that he will not be meeting with Jacob Blake’s family in Wisconsin because they wanted to involve lawyers.

Jacob Blake, a 29-year-old African-American man, was brutally shot seven times by police officers in Kenosha, Wisconsin, sparking demonstrations in the city since the incident took place on August 23.

Detailing the itinerary of his visit, White House press secretary Kayleigh McEnany told CNN, “Currently the plans are to meet with local law enforcement and some business owners, and he’ll survey the damage. But there will be more detailed plans forthcoming when they’re announced.”

Claiming to have had “a great talk,” with the pastor, he added, “I may at some point do that (meet Blake’s family), but they did have a lawyer that wanted to be on the phone and I said no. That’s inappropriate, but I did just give my best regards.”

Benjamin Crump, the attorney who represents the Blake family, said it was a routine practice for his clients to have legal counsel with him when they spoke to someone in the government, including Barack Obama during his presidency and former Vice President Joe Biden.

It had also been brought to the forefront that Blake’s family doesn’t have a pastor. To clear the air, White House senior communications adviser Ben Williamson later tweeted that Trump was referring to the pastor of the younger Blake’s mother.

Meanwhile, Justin Blake (Blake’s uncle), commented that Jacob Blake’s father “has no interest in speaking with President Trump. His only interest at the moment is his son’s well-being and getting justice.”

“President Trump is a racist who stokes racial tensions. He has been stirring racial tensions since he got in the White House. Why, as Jacob’s uncle, would I want to talk to him? Our focus is on Jacob and healing the community,” Justin Blake said, adding that he hasn’t spoken with Jacob Blake’s mother about speaking with Trump.