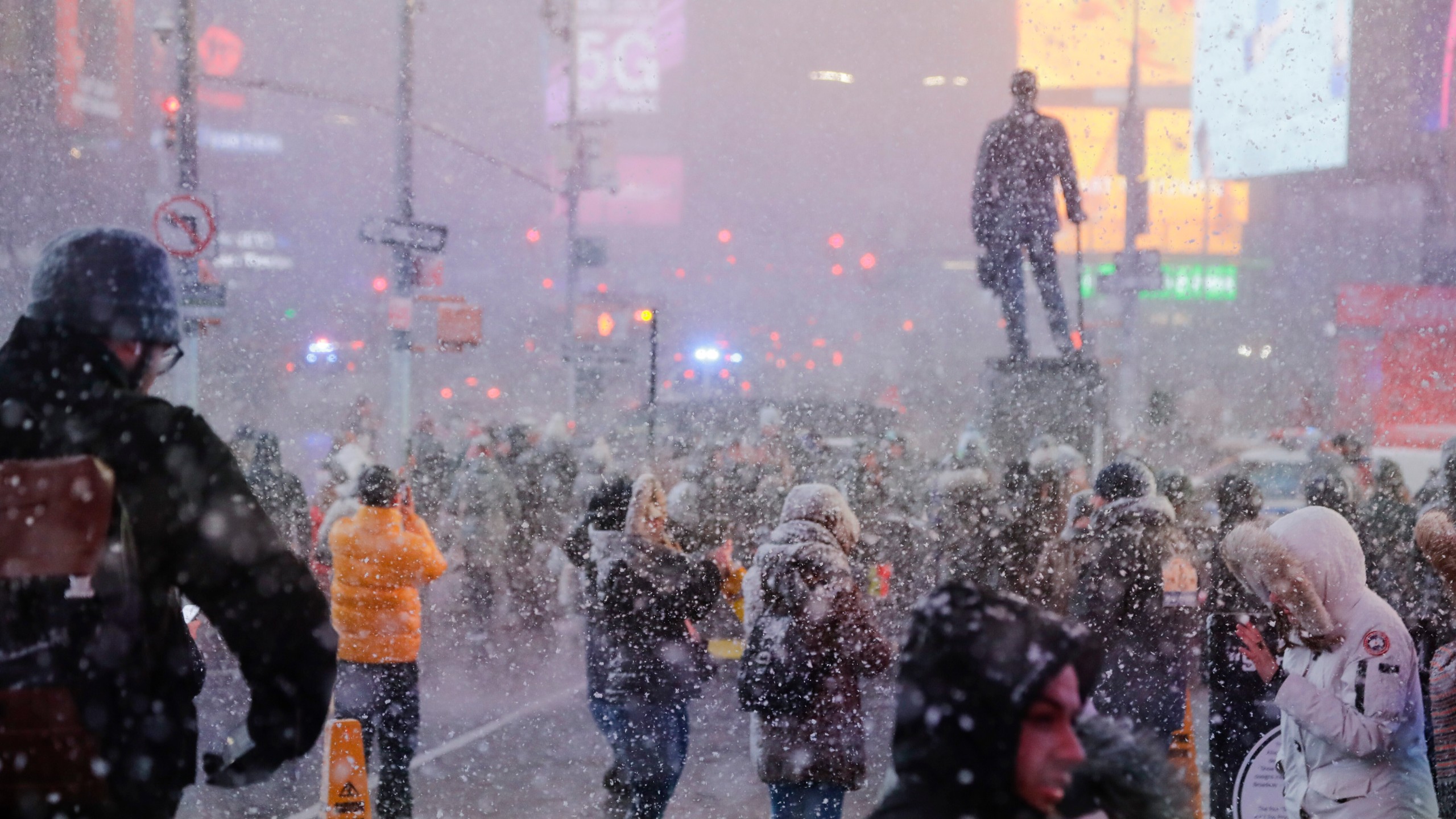 Starting at 6 a.m. Wednesday, a “Winter Operations Advisory” has been issued in NYC, allowing the city to fill and deploy salt spreaders if needed, according to the city’s Department of Sanitation.

Snow showers are expected in the early morning, and weather forecasters have suggested that it might rain sometime during the day as well. According to the Dept. of Sanitation, open Restaurants will continue to offer outdoor and roadway dining, and

residents should continue to follow their normal collection schedule for trash, compost, and recycling, though delays may occur while the Department is in snow operations mode.

The average first snowfall in New York City occurs on Dec. 7 historically, and the earliest the city saw snow on the streets was Oct 18, 1876, while the latest snowfall in recorded history was Jan 29, 1973.

“You may have to get into the surrounding areas north and west of I-287 [to see accumulation], said Accuweather senior meteorologist Bob Smerbeck said. “Better chances up into the Hudson Valley and up into the Catskills, where there can be a coating of snow.”

“I would think that would definitely be the exception rather than the rule,” Smerbeck said, adding that travel could be slick in the northern and western suburbs.

Alternate Side Parking Regulations are already suspended on Wednesday, December 8 due to the Feast of the Immaculate Conception.