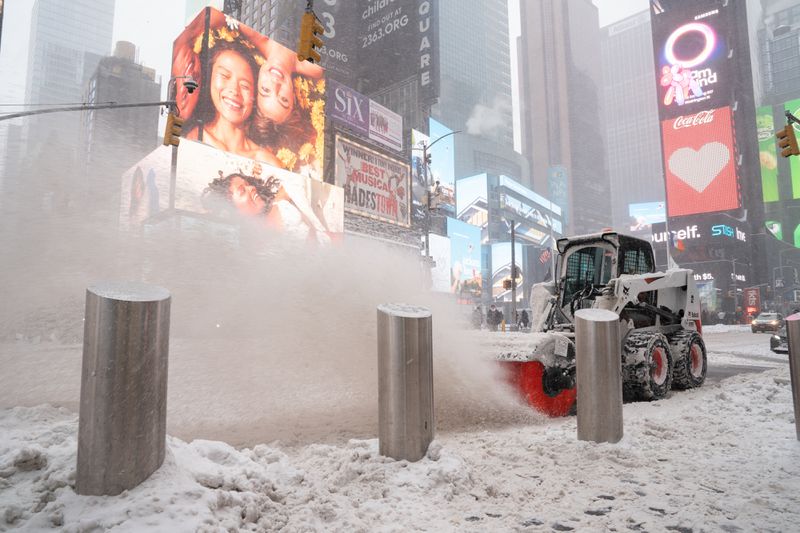 Winter storm pummels NYC with up to a foot of snow, high winds

Local residents for their part are busy shoveling their houses due to the snowstorm.

Sources said Coney Island reported 11 inches of snow throughout the day, as did Howard Beach in Queens.

The National Weather Service for its part said almost 10 inches fell in parts of Staten Island, and 7.5 inches were reported in Central Park.

Meanwhile, on Long Island, a Suffolk County airport was blanketed with nearly two feet as the NWS reported blizzard conditions.

New York mayor Eric Adams for his part took a tour of the boroughs as the wintry weather continued.

“Be careful, bundle up,” Adams said.

“It’s a good day to stay home if you don’t have to go out,” Adams added.