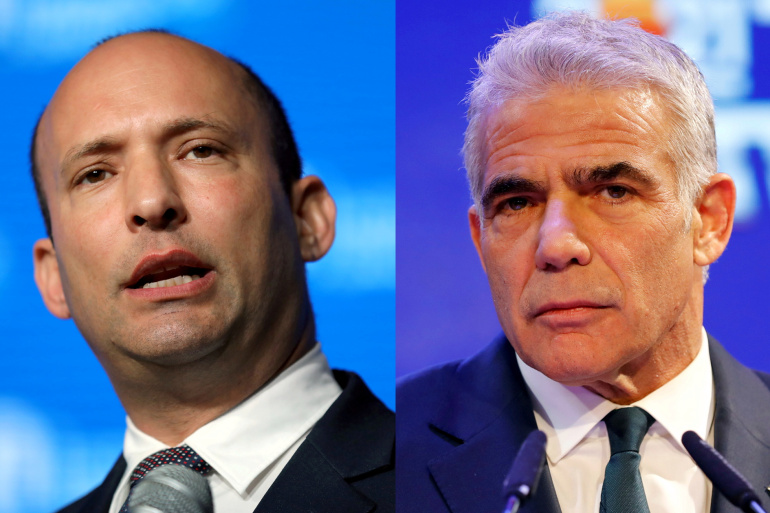 Just 35-minuted before the midnight deadline, Yesh Atid leader Yair Lapid informed Israeli President Reuven Rivlin that he is able to form a government in which he and Yamina chief Naftali Bennett will both serve as prime minister in turns. This spells the last few days for Benjamin Netanyahu as premier.

“I am honored to inform you that I have succeeded in forming a government,” Lapid told Rivlin according to a Yesh Atid statement. “The government will be an alternate government in accordance with Clause 13(a) of the Basic Law: The Government and MK Naftali Bennett will serve as prime minister first.”

Source: The Times of Israel (Courtesy of Ra’am)

As it stands now, Bennett is to serve as prime minister until September 2023, after which Lapid will take over from him until the end of the Knesset term in November 2025. The agreement was sealed after Ra’am leader Mansour Abbas threw his support behind the would-be government late on Wednesday night,  setting up his Islamist party to be the first majority Arab party to be part of a ruling coalition in Israel’s history.

In response to the confirmation, Rivlin told Lapid in a phone call, “I congratulate you and the heads of the parties on your agreement to form a government. We expect the Knesset will convene as soon as possible to ratify the government, as required.”