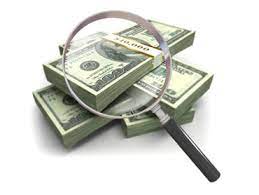 Two yeshivah students in the Skokie neighborhood of Chicago are now online sensations after they return hundreds of dollars they found on the street.

Zev Goldstein and Coby Kamish earned praise after they return $790 worth of small bills they found on the street.

Two told the media that they were walking outside the Fasman Yeshiva High School on Thursday when they noticed hundreds of dollars bills drifting over the bushes.

Without hesitation, the two decided to pick up some of these bills.

After they picked these bills they gave the amount they gathered to some bank employees who lost the money from their armored truck.

“I thought the right thing was to give it back to the people … it’s their money,” Kamish said.

Due to their honesty, the local police commended them.

At the moment the Skokie police officers are investigating how much money was blown away and how much may have been taken by those nearby.