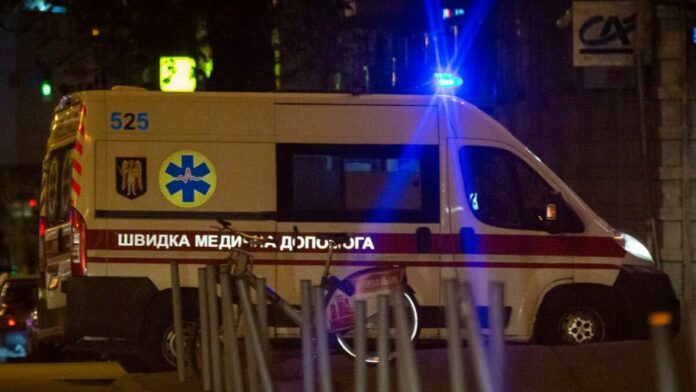 A 46-year-old avreich suffered a serious head injury due to a car accident in Uman, Ukraine on Thursday.

The local police said the victim is being treated at a local hospital in Uman and is currently sedated and ventilated.

In the initial police investigation, the victim was traveling towards Lviv from Uman where he spent Rosh Hashanah with three of his children, two of whom are already back in Israel.

Sources said the United Hatzalah of Ukraine is overseeing his medical care and are also preparing to fly him back to Israel if his condition allows it.

The road accident is the second one to happen for the Jewish people in two days.

The dead victim was identified as Reb Avrohom Lavy Z’L, 44, a Sanzer chassid and resident of Beit Shemesh, the son of Reb Hershey of Boro Park.

He is a son-in-law of Reb Yechezkel Silverman of Williamsburg.

Tragically, he leaves behind a wife and ten children.

Based on the initial reports from the ground, the minibus was on its way to Kiev airport after its passengers attended Rosh Hashanah in Uman.

As the minibus is traveling from Uman to Kiev the collision occurred which landed both vehicles in the woods nearby.

The 11 other passengers only suffered minors bruises.

The local police are now conducting a deeper investigation on the incident as of the moment.