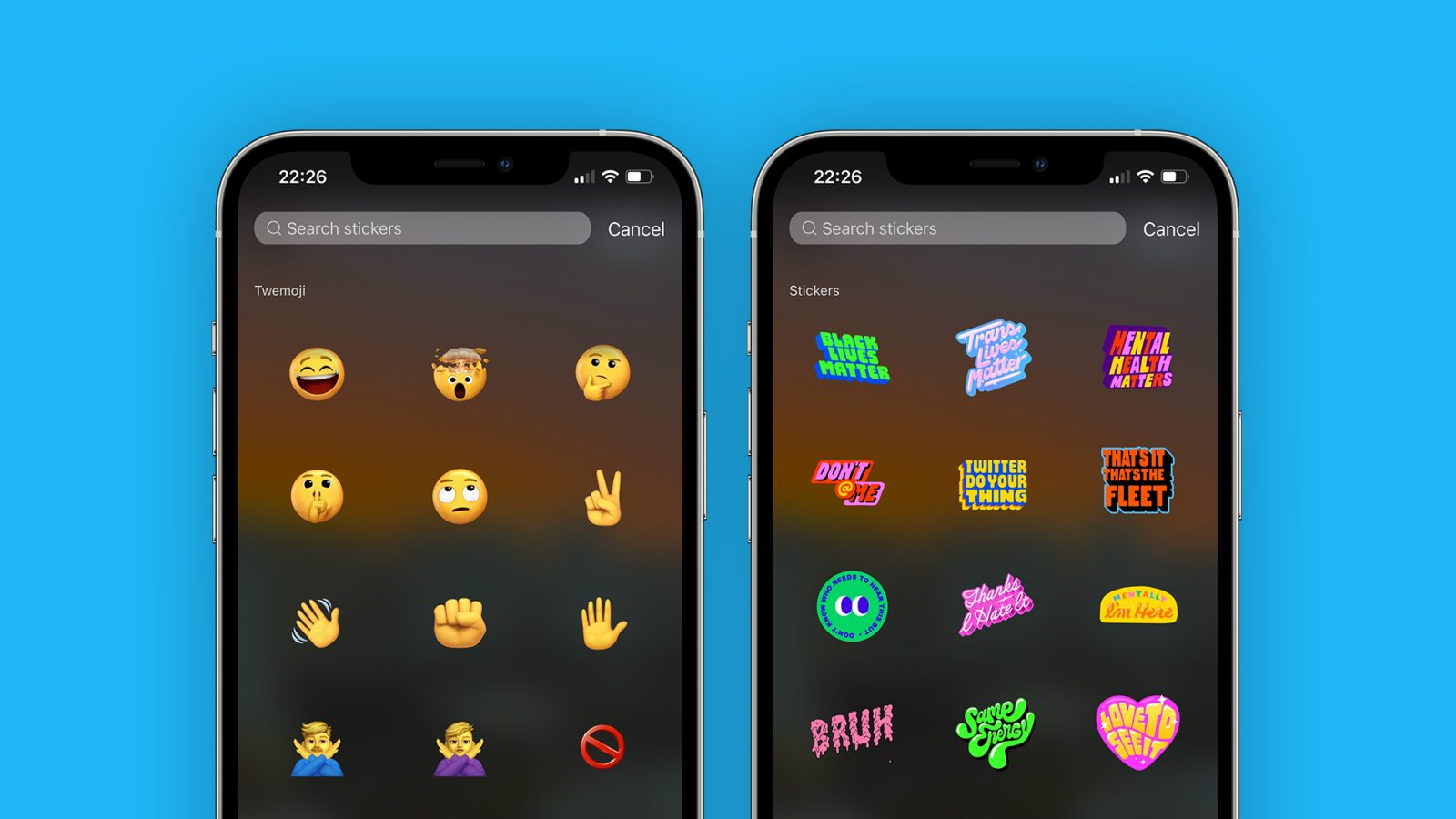 You Can Now Add Stickers To Your Twitter Fleets

Twitter is now offering animated stickers, emoji which it’s calling Twemoji, and GIFs that users can add to their Fleets. The new feature can be accessed by tapping on the smiley face icon at the bottom row of the Fleets screen. Here, users will find a series of stickers and emojis that they can choose from and add to their Fleets. There’s also a search bar on top where users can type keywords to look for specific stickers and emojis. This also pulls up the GIF library which is sourced from Tenor and Giphy. Twitter first started testing this for users in Japan, and it has now launched it globally for all users on Android and iOS.

Twitter last month also added the option to disable replies to Fleets. Reactions and replies to Fleets show up in DMs, and users now have the option of disabling this in case they don’t want it. Twitter is expected to roll out more features for Fleets in the future.

Fleets was first rolled out by the company last November and was claimed by the company as a tool that will help reduce the pressure around tweeting by letting users express more casual thoughts and feelings while also concerning themselves less with saying something profound or racking up likes and retweets.

Through Fleets, you can share text, respond to others’ tweets, or post videos with the same background color and overlaid text options you get on other messaging apps with ephemeral features, with every message disappearing after 24 hours. You can also respond to others’ fleets by tapping on one and sending a direct message or emoji to the creator, which will start a DM conversation similar to how the story reply process works on Instagram. Twitter says it will also be introducing live broadcasting at some point in the future.