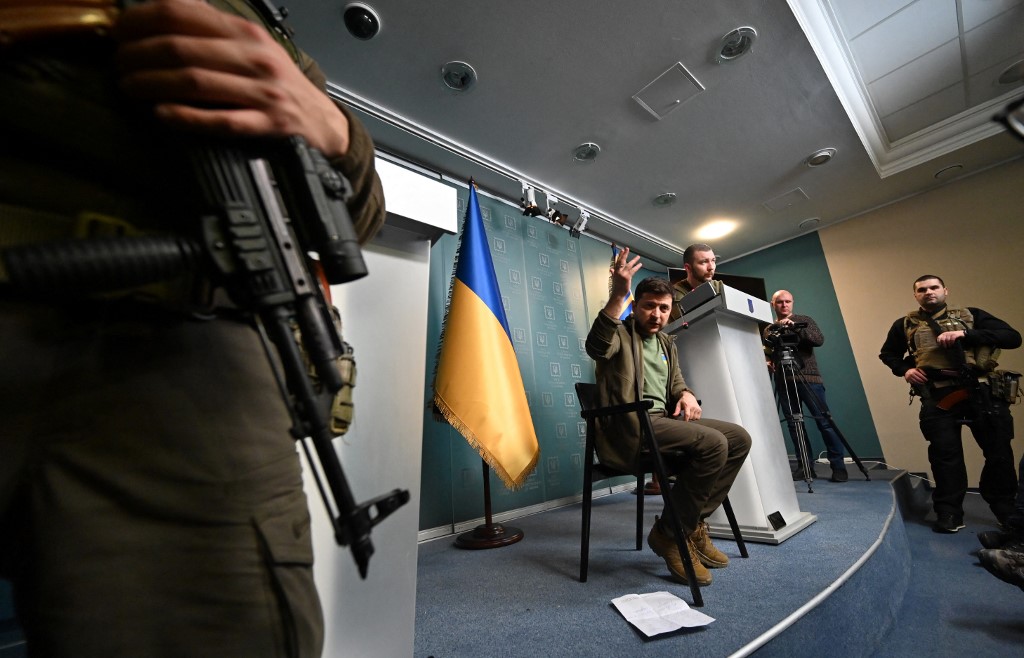 While thanking the Israeli and Jewish community of volunteers and donors, Ukrainian Prime Minister Volodymyr Zelensky expressed disappointment over the Israeli leadership’s lack of solidarity towards the country- which is currently under siege.

In a news report by YNet, one of the very few media outlets that were granted access to Zelensky’s press conference in Kyiv on Thursday, the Prime Minister was quoted saying- “I saw a beautiful picture today. Jews wrapped in Ukrainian flags by the Western Wall in Jerusalem. They prayed and I thank them for it.”

He then added, “I spoke with the Israeli leadership, we have not bad relations — but these things are tested in times of crisis. I don’t feel the Israeli prime minister has wrapped himself in the Ukrainian flag.”

Earlier Wednesday, Zelensky spoke to multiple world leaders, including Israeli Prime Minister Naftali Bennett. He noted each conversation on Twitter, including the one with Bennett — but the tweet about the Israeli prime minister stood out because Zelensky did not thank him, as he did the others.

These jabs have been projected towards the Israeli government for not taking a clear stance over the Ukraine-Russia conflict, since it’s wary of Russia’s overweening influence and presence in the Middle East. The Israeli government has been slow to robustly condemn Russia’s invasion of Ukraine, although it joined the United States in a U.N. General Assembly condemnation on Wednesday.