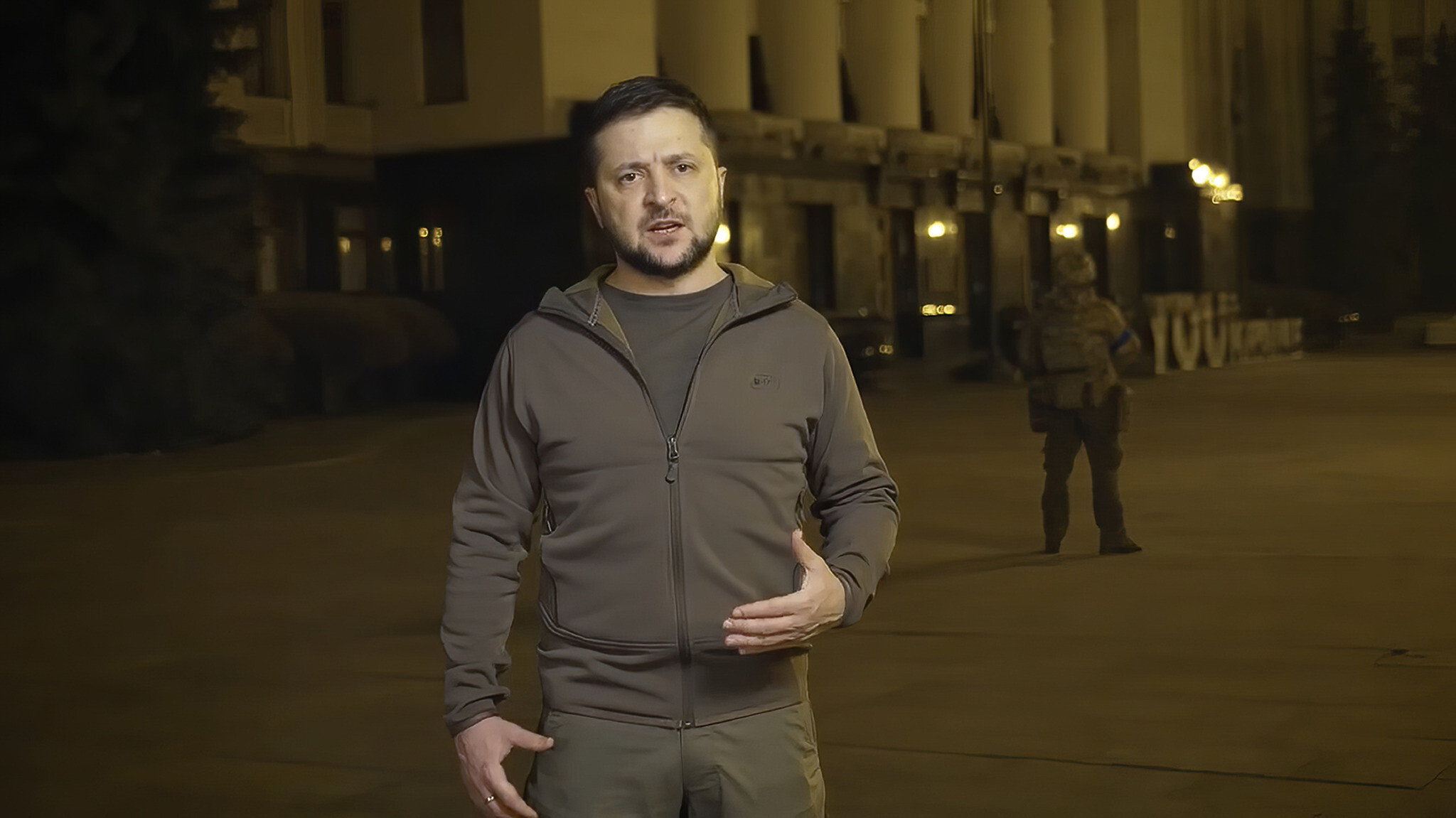 On Thursday- a month since Russia invaded Ukraine- Ukrainian President Volodymyr Zelensky made a plea in English to citizens worldwide to pour onto streets and squares in global protest against Russia’s bloody invasion.

In a late-night television address from the emptied streets of Kyiv, Zelensky appealed for worldwide solidarity against Russia. “The world must stop the war,” he said. “Come from your offices, your homes, your schools, and universities, come in the name of peace, come with Ukrainian symbols to support Ukraine, to support freedom, to support life.”

Every evening Ukraine's President #Zelenskyy addresses his nation. Tonight for the first time, he did it in English. Calling on people everywhere to show their solidarity "Come out of your offices and homes, show your support to the Ukrainian people" #UkraineRussiaWar pic.twitter.com/iJaRQlvWnF

In just a month, more than ten million Ukrainians have already fled homes and cities under sustained Russian bombardment from land, sea, and air. In the southern port city of Mariupol alone, 100,000 people are trapped without food, water or power and enduring fierce shelling by Russian forces. In the city’s hospital, local officials said staff have evacuated patients to the basement, where they are treated by candlelight beside 600-700 other local residents seeking what little safety they can.

T​​here are also growing fears Russia may up the ante with a chemical, biological, or even tactical nuclear attack, which Ukraine is dreading at the moment.