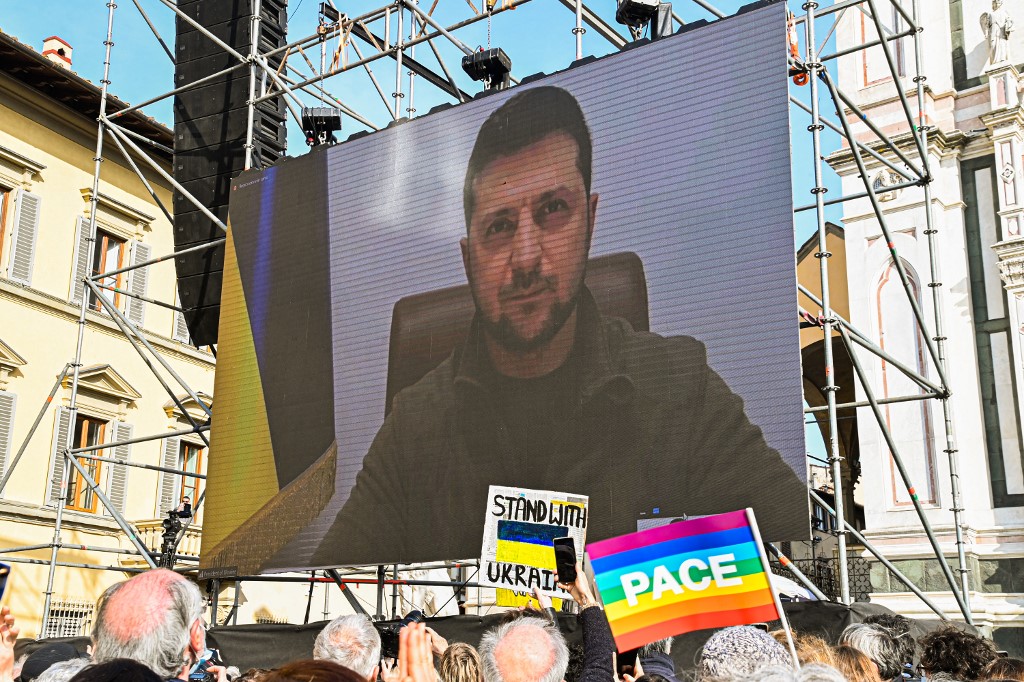 According to Hebrew media reports from Sunday, Ukrainian President Volodymyr Zelensky is seeking to hold a rally for Ukraine at Israel’s Yad Vashem Holocaust memorial and museum, during which he would address the audience via video.

Reports have stated that Israel Yevgen Kornichuk met Sunday with Yad Vashem’s Chairman Dani Dayan to personally request permission for the rally where Zelensky would deliver his speech primarily since he is Jewish and because he considers the Russian invasion of Ukraine a genocide.

As per Israeli news site Walla, Dayan expressed support for Ukraine at the meeting but deemed that holding a political event at Yad Vashem would be inappropriate. He also objected to the claim that the invasion of Ukraine is analogous to the Holocaust, and felt Yad Vashem should not be seen as supporting such a comparison.

A possible alternative for Zelensky is an offer from Tel Aviv Mayor Ron Huldai to deliver a video speech at the city’s HaBima Square, a frequent site for rallies and protests.

According to a senior Ukrainian official, Zelensky wants to speak directly to the Israeli people in hopes they will push their government to adopt a more pro-Ukraine stance.