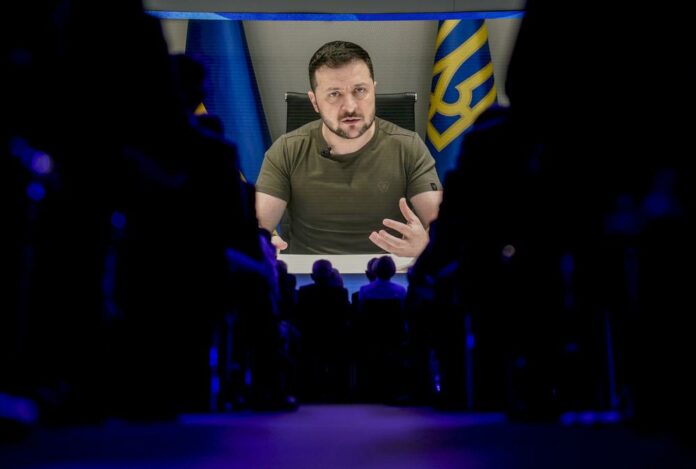 Ukrainian President Volodymyr Zelenskyy wants “maximum” sanctions against Russia during a virtual speech Monday to corporate executives, government officials, and other elites on the first day of the World Economic Economic gathering in Davos.

Zelensky said the full sanctions are needed to stop Russia’s aggression, including an oil embargo, blocking all of its banks, and cutting off trade with Russia completely.

If imposed, he said if imposed it would serve as a lesson for Russia for decades to come.

“This is what sanctions should be: They should be maximum so that Russia and every other potential aggressor that wants to wage a brutal war against its neighbor would clearly know the immediate consequences of their actions,” Zelenskyy said.

He also moved for the complete withdrawal of foreign companies from Russia to prevent supporting its war.

Moreover, Zelensky also wants at least $5 billion in funding for Ukraine per month.

“The amount of work is enormous: we have more than half a trillion of dollars in losses, and tens of thousands of facilities were destroyed. We need to rebuild entire cities and industries,” Zelenskyy added.

Zelensky said if Ukraine had “received 100% of our needs at once, back in February” regarding weapons, funding, political support, and sanctions against Russia, “the result would be tens of thousands of lives saved.”